Elizabeth Olsen will likely forever be known as the little sister of Mary-Kate and Ashley-- but she doesn't care.

The actress covers the latest issue of Allure where she dished on a number of subjects, including her career as well as being compared to her older twin sisters. Olsen is totally aware that this is happening, but she's not going to let it get to her.

"You know you're going to be compared [with them] the rest of your life," Olsen said about Mary-Kate and Ashley. "You grow up and get over it, and you love your family regardless."

Elizabeth is part of the acting world while her sisters have stepped away from that and moved into fashion. This is something that Elizabeth knows a thing or two about when she's on the red carpet.

"The clothes we're expected to fit into aren't sizes; they're samples," she said. "They're not made for chicks with boobs, so I'm very self-conscious about having them. I have fun choosing an outfit for my best friend's wedding, but not [something] I'm going to be judged in."

When the actress started working in the movie industry, she made some enticing choices, including her role as cult escapee in Martha Marcy May Marlene. But looking back on her early days, there are some things she would've done differently.

"People kept saying, 'Your life's gonna change,'" she said. "I wish I took it a little more seriously because I could have made smarter work decisions after the fact. But the way I've always functioned is that I don't listen to noise. It's a defense mechanism. Like, yeah, this is all fake. All of my friends' families [worked in Hollywood growing up], and I didn't want to give it weight." 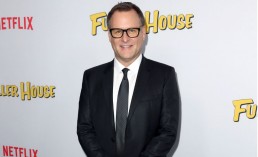 Mary-Kate And Ashley Olsen 2016: Is Twins' Former Co-Star Going To Stop By Their Museum? [VIDEO] 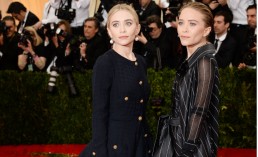 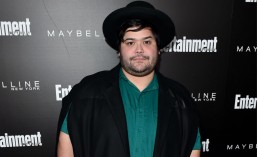 ‘Eye Candy’ Cast: Actor From Former Series Still In Contact With Co-Stars, ‘I Love Them’