Is Hailey Baldwin still hanging onto her romance with Justin Bieber, despite his frequent appearances with other women? At this point, it is hard to tell.

Although the 19-year-old model was spotted with Bieber after one of his Purpose Tour shows in Brooklyn, N.Y., they haven't been spotted together since and her focus appears to have shifted to work and her friends and was recently spotted at a party in Los Angeles on Saturday.

"They're no strangers to exclusive clubs being two of the hottest rising models in the fashion industry. So it was no surprise to see Kendall Jenner, 20, and Hailey Baldwin, 19, gaining easy access to an exclusive reception at the Soho House's latest club in Malibu," the Daily Mail reported on Sunday. "And the two models didn't fail to showcase their savvy sartorial streaks or their famous figures, as they celebrated the opening of the new beach-front club and retreat."

Just weeks after Baldwin and Bieber enjoyed a late night rendezvous at her New York City apartment after spending time together at a nightclub nearby, Bieber stepped out in Beverly Hills after taking Nicola Peltz out on what appeared to be a romantic dinner date at Maestro's Steakhouse.

While Baldwin and Bieber appeared to be getting serious when they enjoyed a family vacation with Bieber's dad in Anguilla, they have been on and off ever since and Bieber has been linked to a number of other ladies, including his ex-girlfriend, Selena Gomez, and Keeping Up With the Kardashians star Kourtney Kardashian.

Speaking to GQ in February, Bieber explained why he was unwilling to commit.

“I don’t want to put anyone in a position where they feel like I’m only theirs, only to be hurt in the end. Right now in my life, I don’t want to be held down by anything," he said. "I already have a lot that I have to commit to. A lot of responsibilities. I don’t want to feel like the girl I love is an added responsibility. I know that in the past I’ve hurt people and said things that I didn’t mean to make them happy in the moment. So now I’m just more so looking at the future, making sure I’m not damaging them. What if Hailey ends up being the girl I’m gonna marry, right? If I rush into anything, if I damage her, then it’s always gonna be damaged." 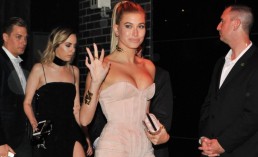 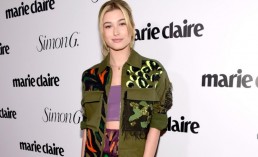 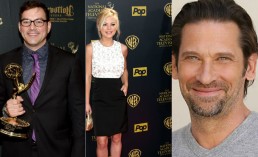