You would think that this would make for one very awkward situation, but it looks like these two ladies are taking everything in stride. Dakota Johnson was spotted meeting up with British actress Amelia Warner for a sushi date in Vancouver, Canada over the weekend.

And while it might seem like two actresses just enjoying a lunch date together--it's of course more than just that. Warner is married to Johnson's 50 Shades Darker co-star Jamie Dornan. The two have been getting very up close and personal on the small screen as it's part of the job, but yet it has to be very awkward for them as Johnson spends multiple hours simulating sex scenes with Warner's husband.

According to Just Jared on Sunday, the two ladies seem to be getting along quite well as they were even spotted and enjoying each other's company.

Johnson and Warner have struck up their unlikely friendship mostly because they've been spending a lot of time together both on and off the set of the 50 Shades movies that both Dornan and Johnson have been filming together these past few months.

Multiple sources say that Warner has only recently joined her husband in Vancouver as it has been rumored that she gave birth to the couple's second child earlier this year. While the couple is yet to confirm the birth, the British actress and singer was spotted pushing a baby stroller while she was out and about in London back in February.

The couple already have one daughter, Dulcie, who will be turning 3 this November.

Keep up with Enstars for all the latest news on Jamie Dornan, Dakota Johnson and all of your 50 Shades updates right here. 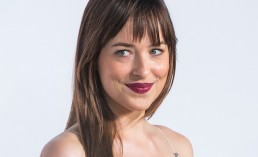 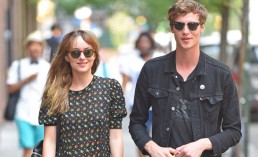 Dakota Johnson News 2016: ’50 Shades Darker’ Actress Is Officially Back On The Market 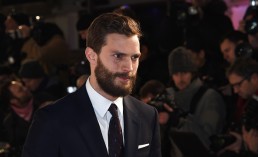