As Amber Portwood and her co-stars prepare to return to MTV for the seventh season of Teen Mom OG, her fiance, Matthew Baier, is once again making headlines for the many child support cases against him.

After telling Portwood he was the father of two children on Teen Mom OG, and later admitting that he had actually fathered five children, Baier was accused of having nine secret children, and now, he has two less child support cases pending.

"According to Indiana court records, Amber Portwood‘s 45-year-old fiancé is off the hook in two of his five child support cases in Madison County," Radar Online revealed on Tuesday. "On June 23, the state of Indiana filed a motion to dismiss two ongoing support claims against Baier," and four days later, the judge tossed out the case.

As for why the cases against Baier were dropped, Radar Online suggested that Baier, whom they noted as an "unemployed Boston native," my have settled out of court with his childrens' mothers, who have a total of three children with Baier. The women also may be planning to refile their cases in a different court.

Meanwhile, Baier continues to face drama from mothers of his other children.

"Three of the other mothers’ cases in Madison County Circuit Court are still active, while two more women, Jeanette Reedy and Kelli Maguire Nunn, claim he owes them thousands in unpaid child support," the outlet revealed.

In other Baier news, the fiance of Amber Portwood was recently slammed by his own son. During an interview with Radar Online, 26-year-old son Chris labeled Baier a “scumbag” and an “evil, evil man."

“I had no father figure in my life,” Chris told Radar. “I hate that man, for everything he is and isn’t. I wanted a father, needed a father. I begged him to be my father the few times I talked to him on the phone. It was always a big fat nothing with him.”

“He asked me to tell him all about my problems with drugs. When I saw him on MTV, he was talking about all of my drug problems that I told him about, and made believe they were his problems,” the son alleged. “The truth of the matter is, he’s an evil, evil man, and when he did evil things, he was stone cold sober.”

T.I. And Tiny: Rapper Goes Off After Woman Tries To Kiss Him [VIDEO] 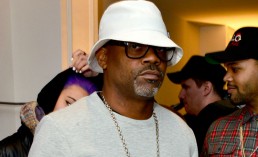 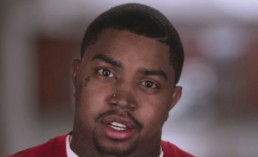 'Love And Hip Hop Atlanta' Cast: Truth Behind Rumors Everyone Was Fired [VIDEO]