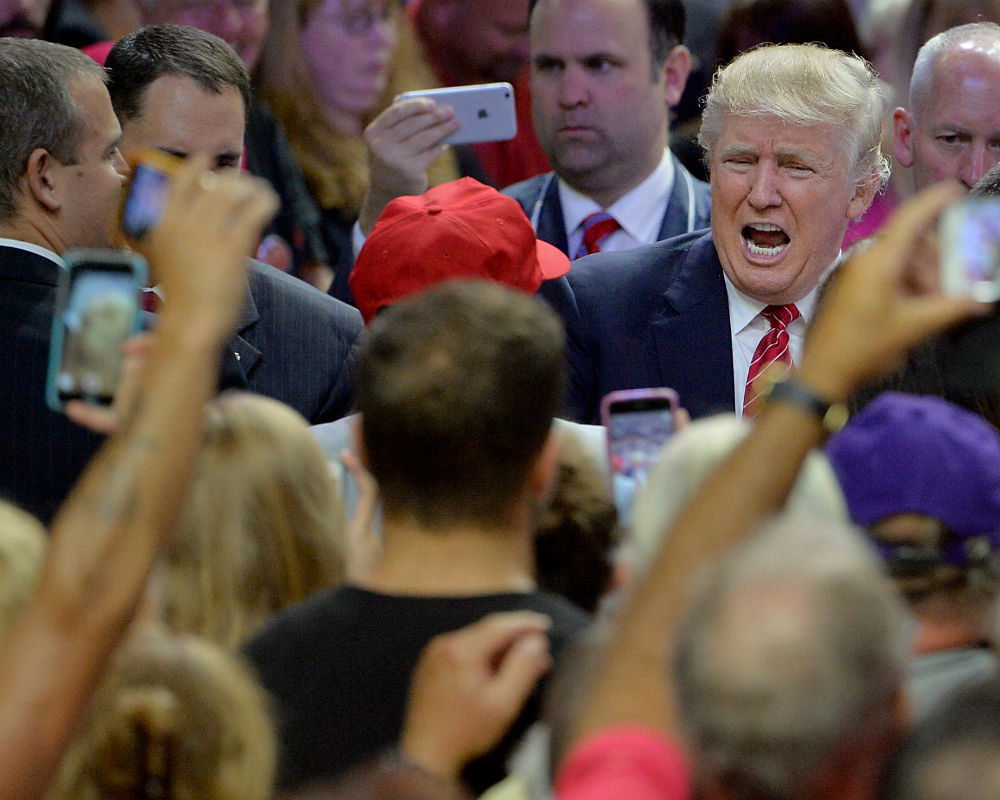 Donald Trump recently made comments against Presidential rival Hilary Clinton during a campaign stop in Wilmington, N.C., which has angered many of his critics and Clinton supporters.

While discussing withn a crowd of supporters about what would happen if Clinton got to put Justices she chose on the Supreme Court, Trump told everyone that there would be nothing they could do to stop her, before appearing to suggest that assasinating her was the only solution.

"...Nothing you can do about it folks," he said. "Although the second amendment people, maybe there is, I don't know."