Katrina Kaif has reportedly reacted to her ex's latest interview when her name was mentioned.

Ranbir Kapoor, who called it quits with the Bollywood actress earlier this year, just spoke to FOX News 18 about the former romance. He mentioned that it's something that doesn't need to be discussed, but as for the status, they're on good terms.

"I've not even said that I've broken up you know, don't feel the need to talk about it," Kapoor said via India Today. "My personal life is very dear to me and what my relationship with Katrina is, was and will always be very influential in my life. Whatever I shared with her, I hold it very dear to me, there is no sense of bitterness, no negativity."

So how did Kaif feel about this? According to Sunday's report from Masala, she allegedly "laughed it off" and "seemed indifferent towards the whole episode."

Even though the two are remaining civil, it's possible that they're not really keeping in contact anymore. According to Mid-Day, the actors attended a birthday party for a friend Aarti Shetty where they got along even though most of their time spent together is for work.

"Post their alleged break-up, Ranbir and Katrina have attended the same events, but always avoided crossing each other's paths," a source said. "They come face to face only during the shoot. But since Aarti is a common friend, they couldn't have missed attending her birthday. They were at the party at the same time and also spoke to each other cordially. What's more, they seemed pretty comfortable around each other."

Kaif and Kapoor apparently had a fun time at this party and may have been some of the last members to leave.

"A few minutes after Ranbir drove out, the actress too hailed her chauffer and left," the source said. 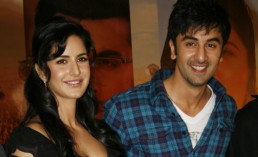 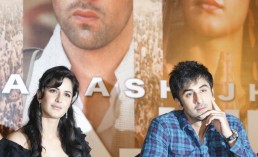 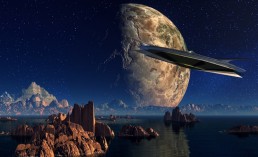