Aaron Rodgers and Olivia Munn have been dating since early 2014, so will they beat his estranged brother, Jordan, to the altar?

As fans likely know, Jordan was the winner of the latest season of The Bachelorette and is currently set to wed Jojo Fletcher. Meanwhile, rumors continue to swirl in regard to the potential engagement of Aaron and Olivia.

While no official announcements have been made in regard to the couple's future plans, Olivia shot down rumors of an engagement earlier this year after she was spotted wearing a suspicious ring.

"Well, I'm wearing a ring on my left hand right now, but as my publicist, Marcel, will say, 'When people ask, 'Why is she wearing a ring on her left ringer?' he says, 'because she has a finger there!'" Olivia explained to Entertainment Tonight in February.

"No, [it's not an engagement ring]," she continued. "The other day I was eating… I had been eating too many salty foods, so it didn't fit. It's my emerald ring that I wear all the time on my right hand and I had to put it on my left because my right hand was getting too swollen!"

During an interview in August with PEOPLE Magazine, Jojo and Jordan revealed they were open to the idea of a televised wedding, but couldn't confirm or deny whether the event would take place in spring 2017 as some outlets have claimed.

"I wouldn't be against it," Jojo told the magazine. "It just would have to be what's best for us and what makes sense at the time... I feel like the whole world watched our love story unfold and if that was something that we both wanted to do then I would be open to it." 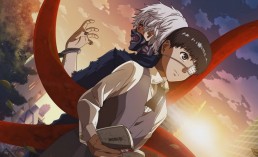