Yesterday, we learned that Liev Schreiber and Naomi Watts have broken up. Split up. Consciously uncoupled. Long story short, they were together for 11 years and are now no longer together and it seems like the most amicable thing ever, which is borderline unsettling.

Not to sound like Carrie Bradshaw at all, but it really did get me thinking: They were together for more than a decade yet marriage never came up. It's refreshing, considering that Hollywood has a trend of sending people down aisles after they've known each other for, like, two months.

It's not that marriage is inherently bad and long-term partnerships are good. The only things that separate the two are a ring, a certificate, and checking off different boxes on your tax forms. Really, if people realized how close marriage was to just sticking together and wearing rings, the wedding industry would go kaput.

The thing is, I was always taught that marriage was an end-goal. There were three big goals a woman had to meet in life in my family: financial success, a decent social life, and a marriage (with kids, duh). Up until now, I was heavy-duty focused on the first two. I'm working toward financial success via a good career that makes me happy, and I have a group of friends that I practically consider family. Marriage? Nah. Much to the dismay of my grandparents, I don't even have a boyfriend.

I don't think marriage is for me. Sure, I love weddings and I do hope to one day meet someone that I can't imagine my life without, but I don't necessarily need to be married to the guy. If he makes me happy, then does it matter if he gave me a ring or that we had a crazy wedding? Nah, I just want to be with him and live our lives together. There will be plenty of other occasions to gift me jewelry and throw an awesome party.

A ring doesn't signify happiness, nor will a wedding make me love the man I'm with any more than I already do. Besides, once upon a time 50% of marriages end in divorce thought the rate is decreasing. Basically, by slipping into a white dress and walking down the aisle, you're more likely to set yourself up for failure than you are a lifetime of happiness.

On the flip side, I consider myself a bit of a traditionalist. I want to have a first dance. I want my future hubby to break the glass. I want to say those vows. But that makes me want a wedding, not a marriage, and the two are very different.

Maybe my mind will change in several years. Maybe I'm just tired of this year being the year that love died (looking at you, Brangelina). But maybe I just want to find happiness, and whether there's a ring involved or not is totally extra. 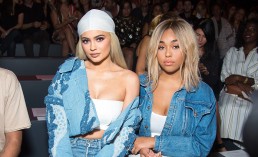 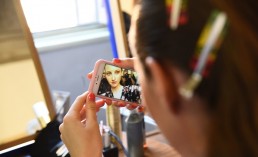 How To Prevent Catfishing: A Dating App Makes You Take Selfies 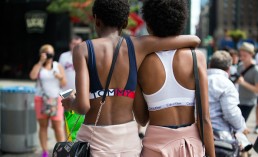 Sports Bras That Are Just As Fashionable As Real Bras