While many celebrities come off Dancing With the Stars feeling proud of themselves, recent castoff Amber Rose has some regrets about doing the show.

Rose and her partner Maks Chmerkovskiy were the fifth couple eliminated from this season of Dancing With the Stars, saying goodbye to the ballroom on Monday. The 32-year-old model never really found her footing through her stint on the show, consistently receiving lower scores than many of her competitors.

Now, Rose is suggesting that the national attention of the show and the judging aspect gave her some regrets about signing up.

"I'm not really good with a lot of attention. I probably shouldn't have done this show, but whatever," she admitted E! News on Monday. "I'm just not good with a lot of eyes on me and a lot of 'Oh, you're doing great, everything's good...'"

Rose was apparently having some regrets about her participation during the first week of rehearsals, as Chmerkovskiy recalled to E! News.

The pro said that on their third day of rehearsal, Rose said, 'I don't know, Maks. I don't know man, this is just so hard. Tell me this is the hardest dance we'll ever have to do.' So I immediately just lost my mind and I just lost a couple years of my life...You know what, I didn't even answer."

While Rose's comments may seem more negative than the usual Dancing castoff, she still had some kind words for Chmerkovskiy on Instagram.

Although our time was cut short @maksimc I'm so happy I had the chance to experience this with you! You truly are my brother for life! Who knew we would become so close in such a short amount of time? Thank you for not giving up on me and getting to know the real me with no judgment I'll love you forever for that reason and I'll always have ur back through whatever. I'll miss our stressed out rehearsals more then anything tho Love Amberony

"I'm so happy I had the chance to experience this with you!" she wrote in the caption of a photo of the two of them. "You truly are my brother for life! Who knew we would become so close in such a short amount of time?" 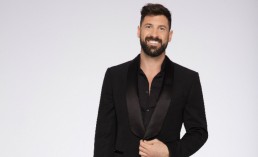 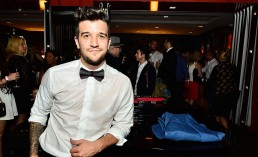 'Dancing With the Stars' Cast: Who Does Mark Ballas Think Will Win Season 23? [VIDEO] 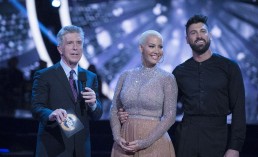