Sarah Hyland surprises the Internet when she showed that she still got the singer powers even after years of just focusing on her acting in The Modern Family sitcom.

Together with Boyce Avenue, the 25-year old actress did a magnificent cover and backup vocals consisting of a clear, angelic falsetto of the chart-topping hit Closer by The Chainsmokers on Monday this week.

EW reported that the actress is ecstatic with the collaboration and in one of her tweets, she called that moment as "'a dream come true." The feeling is mutual as the band tweeted right away saying that had a great time doing the cover with the actress and they "loved" working with her.

The actress also talked about her experience on Instagram thanking the band for inviting her to do a cover and saying that she dreamt of that moment since she was 19 years old, as reported by New York Daily News.

Actually, this is not the first time that Hyland showcased her singing to the public. In the past, she is one of those chosen to do a cover of Maroon 5's "Don't Wanna Know" for their "Cover Collaborations."

Well then her Modern Family parents, Phil and Claire Dunphy, must have been proud her for that that unchartered talent which may lead to a proper singing career in the future.

Though that possibility is still a bit hazy for now, the actress already received acknowledgement from Eric Stonestreet, who plays Cam in the ABC sitcom when he tweeted that the cast already know the actress's potential for eight years now.

Meanwhile, this multi-talented gal will reportedly star in the classic film 'Dirty Dancing' where she will play as Lisa (Bob's older sister).

It can be remembered that Sarah Hyland was first seen on TV in the remake of Annie. She also did a splendid singing and stage acting in 2014's Broadway show, "The Unauthorized Musical Parody of Scream." In a video posted in Cinemablend, the actress showed off her high notes in the rendition of Bob Dylan's 'Knockin' On Heaven's Door.' 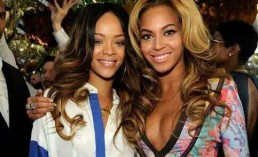 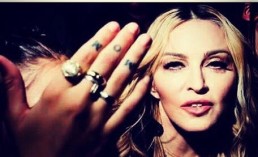