Shia LaBeouf has opened up a new art project in New York City that features an urgent message regarding the Donald Trump presidency.

LaBeouf and collaborators Luke Turner and Nastja Säde Rönkkö launched a new performance art project Friday outside of the Museum of the Moving Image in Queens, N.Y. The project, called HE WILL NOT DIVIDE US, in which everyday participants repeat the phrase "He will not divide us" over and over into a camera. The camera will reportedly be live streaming for all four years of Trump's presidency.

The live stream is available to watch for free now at www.hewillnotdivide.us. Currently, Jaden Smith is leading the chant, with a small crowd behind him saying the phrase.

"Commencing at 9am on January 20, 2017, the day of the inauguration of the 45th President of the United States, the public is invited to deliver the words "HE WILL NOT DIVIDE US" into a camera mounted on a wall outside the Museum of the Moving Image, New York, repeating the phrase as many times, and for as long as they wish," reads a message on the website.

"Open to all, 24 hours a day, seven days a week, the participatory performance will be live-streamed continuously for four years, or the duration of the presidency. In this way, the mantra "HE WILL NOT DIVIDE US" acts as a show of resistance or insistence, opposition or optimism, guided by the spirit of each individual participant and the community."

LaBeouf had been hyping up the project since Jan. 14, tweeting "HE WILL NOT DIVIDE US" every day. Smith joined in with his own tweets on Jan. 17.

LaBeouf previously experimented with live streaming video before, watching all of his movies back to back for three whole days in 2015 and staying in an elevator for 24 hours last February. 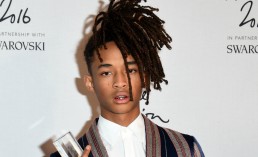 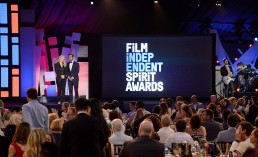