Mark Hamill, who plays Luke Skywalker in "Star Wars: Rogue One" takes his stand for Jake Lloyd. Jimmy Smits returns to the "Star War" franchise as Bail Organa and expresses his happiness for the success of the movie.

Jake Lloyd shot to fame in record time after playing the young Anakin Skywalker in "Star Wars: Episode 1 - The Phantom Menace." He did say goodbye to acting in 2001 citing bullying and stress as the reasons for retirement but now Luke Skywalker has come to his defense.

This is to say that actor Mark Hamill has stood up for Jake Lloyd, SlashFilm reported. The actor, in an interview with Vulture, said that he is still angry about the way the young actor was treated. Taking his side, Mark Hamill said that Lloyd was only ten years old and he did exactly what George Lucas wanted him to do. However, it is not like he is angry with George.

On the contrary, he has great respect for the director despite their differences. According to Mark Hamill, he had almost made it to the documentary "The People Vs. George Lucas" but later on realized that they only wanted him to badmouth the "Star Wars" filmmaker. He revealed that he did have issues with Lucas but he also loves him and is very close to him. This is why he would never talk outside the family as it is brutal.

In related news, Jimmy Smits, who returned to "Rogue One: A Star Wars Story" to play Bail Organa has said that he did not do any different version of his scenes during the reshoot, Rotten Tomatoes claim. The 61-year-old actor said that the scene where he says that he trusts her (Leia) with his life meant a lot to him and he is very happy that the movie has done well.

He said that the success of "Rogue One: A Star Wars Story" proved that standalone movies are as substantive and good as the others and they can have a life of their own. Those who do not know, this 2016 film proved to be a strong link between Star Wars prequels and the original trilogy. 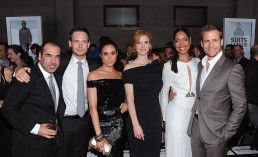 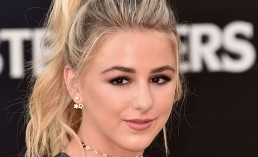