Angelina Jolie is reportedly stalling on signing on to a role in the upcoming remake of Bride of Frankenstein because of an alleged plot to annoy her "rival," Charlize Theron.

According to a new report, producers of the film are courting Jolie for the film and Theron was allegedly been tapped as a runner-up.

While it is unclear whether or not Jolie is actually interested in appearing in the film, she has reportedly made it impossible for Theron to sign onto any other projects as she awaits Jolie's final decision.

"Angie hasn't made a deal with Universal to do their next monster flick, but the offer's still on the table. She could use the $20m paycheck," an insider told Radar Online on Thursday. "She seems to enjoy sticking it to Charlize, who wanted to do this film and is convinced Angie stepped in to take it off her."

Jolie is newly single after splitting from her former husband, Brad Pitt, after two years of marriage and six children. Although, she isn't exactly hurting for cash as she's reportedly worth a whopping $160 million.

As Radar Online explained, Jolie and Theron have reportedly been involved in an alleged Hollywood turf war in recent years and the tension between them reportedly escalated after Theron was considered for a role in the Murder on the Orient Express remake, which Jolie initially turned down.

"The hate fest between these two started a long time ago and just won't stop," the insider said. "It's as though directors are getting a buzz out of playing them against each other, by dangling a script to both of them then leaving them to bitch and slug it out."

While Angelina Jolie and Charlize Theron may be at odds, they do have something in common. Check that out in the video below. 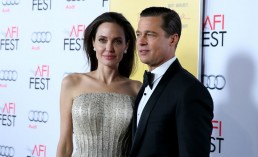 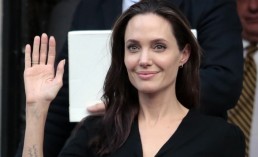 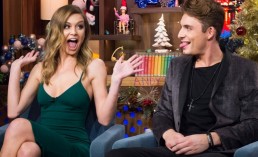