Jay-Z put all of his marital business out there when he gave the ins and outs of his romance with his wife, Beyoncé. Now, rumor has it there was a strategy behind it all.

"Coming clean about Jay-Z and Beyoncé's past trouble absolutely helps their brand because millennials demand that the ultimate aspirational brand in 2017 is 100% relatable," branding expert Eric Schiffer of Reputation Management told E! News on Tuesday.

"Millennials are the most sophisticated, media-savvy generation of all time - they crave authenticity. They want their celebrities to be genuine and they reject phony posturing and fake news PR-spin masquerading as the truth," he added.

Schiffer's comments came just after Jay-Z released Footnotes on 4:44 in light of his latest album, 4:44. It features stars like Will Smith, Kendrick Lamar, Chris Rock, Aziz Ansari, Anthony Anderson and Jesse Williams, who spoke about his own relationship.

Jay-Z spoke on his decision to confirm infidelity on the album and said, "This is my real life. I just ran into this place and we built this big, beautiful mansion of a relationship that wasn't totally built on the 100 percent truth and it starts cracking.

Jay-Z opened up about his relationship with Beyoncé like never before - almost as a response to Beyoncé's 2016 Lemonade album, which reportedly accused him of cheating.

"Look, I apologize, often womanize / Took for my child to be born / See through a woman's eyes / Took for these natural twins to believe in miracles. And if my children knew, I don't even know what I would do / If they ain't look at me the same / I would probably die with shame / 'You did what with who?' / What good is a menage a trots when you have a soulmate? / 'You risked that for Blue?'" Jay-Z rapped in the 4:44 title track. 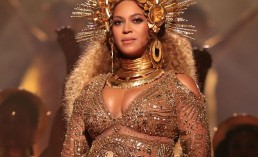 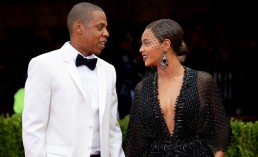