Recent reports claimed that it is not safe to have that Android Wear at the moment since it was claimed that the said wearable software have bugs which are caused by updates. The owner of these smartwatches claimed that bugs have persistently appeared in the said software and this seemed to be a problem for Google.

Because of these reported glitches, Engadget reported that Google Assistant is absolutely broken for some users. This application cannot even o more than basic internet search that's why if the user wants to control his smart light or simply set a timer, he might not be able to do this.

Before this latest glitch, Android Wear was also in the middle of another technical issue. It was reported before that Android users have had problems and issues with Android Wear falsely marking recurring reminders as completed already. The users expected that this problem has been fixed in a patch.

But even if it was claimed that the issue was already fixed, still some users of Android Wear claimed that they are still missing reminders in at least a number of cases. The patch, therefore, did nothing to solve it and it is really frustrating most especially when the users use it as a reminder to take medicine or even pay bills.

Meanwhile, according to TechRadar, Google made it sure that it is already working on both problems and glitches. However, the company also claimed that older issues like the account copying bug may take a long time to solve since this problem is becoming a lot to bear. With this, some sources reported that the smartwatch market is not particularly healthy at the moment.

It can be recalled that when Google launched the Android Wear 2.0, the said software also came with few notable updates. With the said update, Google together with LG introduced two watches in order to show to the people what it can do. These two smartwatches are the LG Watch Style and the LG Watch Sport.

So far, the Android Wear 2.0 is the biggest update to be incorporated in the Google's smartwatch operating system. Because of this, the said smartwatch remained a tight competitor of watchOS-running Apple watch. 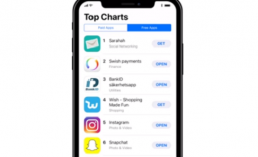