Kendall and Kylie Jenner were in hot water recently due to a lawsuit filed against them regarding the unauthorized use of Tupac Shakur images. The reality star sisters thought it was a good idea to put their faces on the shirts but they faced a backlash that led to the filing of the case.

In the said legal battle, according to Perez Hilton, Kendall and Kylie reportedly sold the t-shirts for a price of $125 each but these products were no longer available on the websites of their company. But just recently, the sisters responded to the lawsuit and to this controversy by saying that this is false.

Moreover, Kendall and Kylie Jenner said that the allegation was baseless since they only sold two of these Tupac Shakur shirts. They even added that there was no infringement of rights that was committed since they bought the license from a certain company.

But the lawyer of the photographer who owns the rights to the images of Tupac Shakur claimed that Kendall and Kylie Jenner did not seek for permission or authorization. In fact, reports claimed that the photographer was surprised upon discovering that his works were being used by these two popular reality stars with their images on it too.

Latest reports claimed that Kendall Jenner is also facing another lawsuit apart from this first one filed against her and her sister Kylie. The model is being sued by another photographer named Al Pereira who took the pictures of Pac, Big, and Redman last 1993. These iconic photos were used on one of Jenner's designs.

Moreover, according to The Boom Box, Pereira claimed that Kendall did not even have the right o use the photo since it was observed that the shirts were poorly thought out. After receiving backlash, the shirts were pulled out right away and some people asked and prompted both Kendall and Kylie to apologize for offending everyone not only the photographers.

Kendall Jenner's team has not responded yet to the latest lawsuit filed against her and that time will only tell if there are still more of these lurking in the international market. Despite this case, the sisters learned an important lesson most especially for using one's snaps without permission. 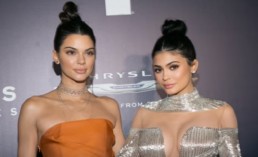 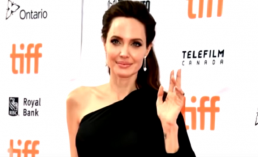