Amber Portwood's pregnancy has come as a shock to her many fans and followers but at least one person appears to be on board with the Teen Mom OG star starting a family with her new boyfriend, Andrew Glennon.

During a new interview, Portwood's former boyfriend, Gary Shirley, the father of her 8-year-old daughter, Leah, spoke out about the reality star's relationship with her new boyfriend, revealing that he is much better than her former fiance, Matt Baier.

“I think she is less controlled now,” Shirley told In Touch Weekly on Nov. 10. “With Matt, I think she needed to take time to heal, but it's her life, not mine.”

Portwood gave Baier the boot earlier this year after he failed a lie detector test about his alleged encounter with another woman. However, they attempted to mend their relationship with an appearance on WEtv's Marriage Boot Camp: Reality Stars Family Edition, which was filmed in Los Angeles over the summer.

Although Baier may have had hope that he and Portwood would ultimately reconcile their relationship and move forward with their wedding, which was planned for October of this year, she chose to end their romance for good and embark on a new relationship with Glennon, who was working on the set of Marriage Boot Camp: Reality Stars Family Edition when they met for the first time.

Although Shirley didn't say much about Glennon, he also spoke of their relationship months ago after the couple went public at the MTV Video Music Awards in Los Angeles.

“I don’t know him [well] enough,” he told In Touch Weekly magazine in August. “I’m not saying she should’ve waited on him. I think she should’ve dated. I think the last time they talked — I don’t know what they’re doing — but I think he was trying to relocate or something. I think she should’ve stayed single longer and really gotten to know herself and get over someone before getting with someone else because that’s how you do it, man. The correct way. You don’t need someone to make you feel like you’re living.”

Portwood is two months pregnant and due sometime next year.

To see more of Amber Portwood, Gary Shirley, and their families, tune into "Teen Mom OG" season seven, which premieres on MTV on Nov. 27 at 9 p.m. 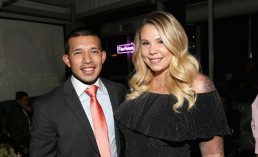 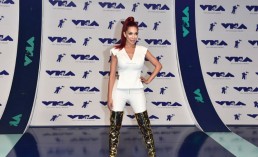 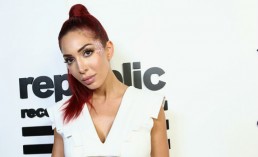