From dealing with allegations that he abused his daughter, to verbally attacking his co-star, Fast & Furious actor Tyrese Gibson has a turbulent year.

The singer-actor made headlines frequently this year because of his erratic outbursts on social media that had people worrying about his mental health. Gibson claimed that a new drug prescribed to him by his doctor was the cause of his bizarre behavior, however, his fans still weren't buying it.

As this year comes to a close, here's a look back at Tyrese's most bizarre and questionable moments.

Feud With The Rock

Gibson began feuding with his co-star and friend, Dwayne "The Rock" Johnson, earlier this year. It all started when it was announced that Johnson would be starring in a Fast and Furious spin-off film with Jason Statham. Gibson viciously attacked his co-star on social media by posting statuses and memes, stating that "The Rock" was tearing the Fast family apart.

Johnson never responded to any of Gibson's posts, which only made the singer angrier. The feud sizzled down after Gibson spoke to one of Johnson's reps and Gibson said he wouldn't speak about Johnson anymore.

As a result of being accused by his ex-wife, Norma, of abusing their daughter, Shayla, Gibson was ordered to stay away from them until the case was resolved. This didn't stop the singer as he was determined to let his daughter know that he was fighting to get her back.

The Baby Boystar broke the rules and had a banner sent to his daughter's school. It read, "no matter what, daddy always love you Shayla." As touching as it was, the gesture only made things a little more difficult for the singer. In the end, the charges against the singer were dropped and he was reunited with his daughter.

Lying About Being Broke

The singer claimed on social media that his friends, actors, Will and Jada Pinkett-Smith, came to his rescue and lent Gibson $5 Million. Before this, Gibson alleged that he was going broke, trying to pay for legal fees and was in need of help. The Smiths denied giving him any money and were very concerned about Gibson's mental health.

After the case was dropped against him, Gibson explained that the drug was what caused him to lie and publicly apologized to the couple. He also said his wife Samantha was pregnant, which apparently, was a lie, too.

What are some other questionable moments Gibson has done this year? 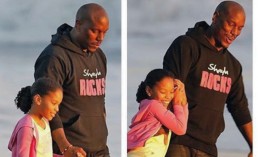 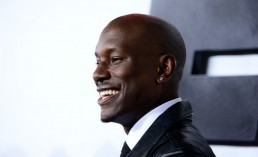 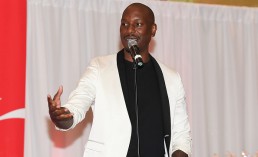