A terrorist set of a pipe bomb that was strapped to his body in the Times Square section of New York City. Police revealed the explosion occurred in an underground passageway on 42nd street between 7th and 8th avenue.

The bomb went off at 7:30 a.m. during rush hours on Monday, Dec. 11. Eyewitness News reports the suspect’s name is Akayed Ullah and is currently in custody. New York City’s Mayor Bill de Blasio announced Ullah’s strike against the city was “an attempted terrorist attack.”

The bomb was attached to Ullah’s body with velcro; his arm and torso sections of his body were damaged due to the explosion.

“Preliminary investigation at the scene indicates that this male was wearing an improvised low-tech explosive device attached to his body. He intentionally detonated that device," NYPD Commissioner James O'Neill shared.

Ullah is from Bangladesh and a supporter of ISIS. He’s been living in the United States for seven years now. He has a brother who attends a Brooklyn school that the authorities are currently searching for.

The suspect is 27-years-old and three civilians have been injured due to his attack. Press Secretary Sarah Sanders tweeted that President Donald Trump has been informed of the explosion.

The President has not tweeted about the attack, instead, he tweeted about The New York Times and their “bad reporting” skills regarding an article the media outlet published about how much television he watches.

Another false story, this time in the Failing @nytimes, that I watch 4-8 hours of television a day - Wrong! Also, I seldom, if ever, watch CNN or MSNBC, both of which I consider Fake News. I never watch Don Lemon, who I once called the “dumbest man on television!” Bad Reporting.

Enstarz will continue to have updates on this developing story. 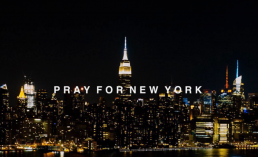 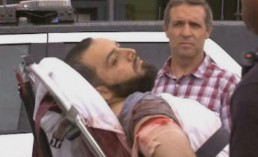 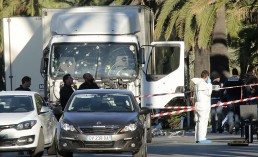 France Terror Attack Update: Around 50 Survivors Between 'Life And Death' After Massacre [VIDEO]