Nick Jonas has just received his first nomination at the 2018 Golden Globe. The singer revealed which of his family members cried upon hearing the news.

Nick said that the first two people he called after learning about his nomination were his brothers. He also went on FaceTime with his parents and his mom, Denise Miller-Jonas, couldn't stop crying.

"I don't think my brothers even knew I was in contention, so they were like, 'Wait, what?' I called them both right away when I found out the news and my parents got on FaceTime. My mom was crying. It was a sweet moment," said Nick.

Nick is nominated in the Best Original Song category for his track, "Home." The song is featured in the animated film, Ferdinand.

The actor got word about his nomination on the premiere day of his upcoming movie, Jumanji: Welcome to the Jungle. As a result, the 25-year-old couldn't help but say that Monday, Dec. 11, was the best day of his life. His brother, Joe, was also in attendance at the premiere.

"A few points today I literally pinched myself. I've heard people say that my entire life, but never actually did it and I was sitting there going, 'This has to be a dream.' But it's not... I really am nominated. So, it feels amazing and I'm blown away," Nick shared.

Meanwhile, Jonas is up against the likes of Mary J. Blige for "Might River," which was featured in the film, Mudbound; Robert Lopez and Kristen Anderson Lopez for "Remember Me," which was heard in the animated film, Coco; Mariah Carey and Marc Shaiman's "The Star" collaboration from the film of the same title; Pasek and Paul for "This Is Me" in The Greatest Showman.

Jonas said that he's hoping for a win at next month's Golden Globe, but whatever happens, happens. "Home" is especially close to his heart because it's the first song he ever wrote for his family.

"The theme for the song was the idea of home being the place we feel most accepted and loved. Home being your family, your friends, your loved ones," the singer explained. "When I started thinking about that it was sort of an outpouring. I don't know that I have actually written a song for my family before, and so for the first one to be recognized in this way is great."

The 2018 Golden Globe will air on NBC on Jan. 7 at 5 p.m. The awards show will be hosted by Seth Meyers at the Beverly Hilton Hotel. 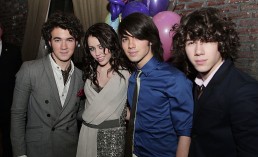 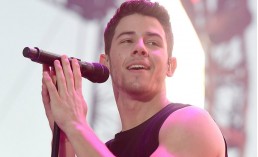 Nick Jonas Workout: How Does 'Jealous' Singer Keep Up His Impressive Physique? [VIDEO] 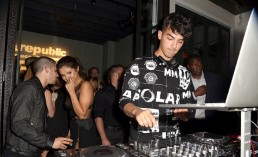