Lisa Rinna and her costars are headed back to Bravo TV for The Real Housewives of Beverly Hills Season 8.

Ahead of the upcoming premiere of the long-running reality series, Rinna took to her Twitter page to pump fans up about her return to the show and her costars, including Lisa Vanderpump and Kyle Richards.

In addition to Vanderpump and Richards' return to the show for their eighth season, other members of the new season include Erika Girardi, Dorit Kemsley, and Camille Grammer. The ladies will also be joined by a new cast member, Teddi Jo Mellencamp, a married mother of two and the daughter of musician John Mellencamp.

Rinna originally joined the cast of The Real Housewives of Beverly Hills for the show's fifth season years ago. At that time, Bravo TV was in need of two famous faces to join the cast after the exits of Joyce Giraud and Carlton Gebbia. So, in addition to Rinna, the network also brought soap star Eileen Davidson to the series.

Rinna and Davidson bonded on the show for years but unfortunately, viewers have likely seen the last of their on-screen friendship. After all, several months ago, Davidson confirmed she was not able to sign back onto the show due to her acting responsibilities.

“After a lot of careful thought, I’ve decided because of my crazy schedules at The Young and The Restless, as well as Days of Our Lives, it’s best for me and my family if I step away from being a Housewife for now,” Davidson said at that time, according to People magazine.

“But you never know, I might be popping in from time to time just to see what the ladies are up to!” she added. “Thanks for your love and support guys!!!”

When the show returns, fans will watch as Rinna continues to parent her two model daughters, Delilah Belle and Amelia Gray. The oldest of the two, Delilah, moves to New York City to pursue her modeling career. 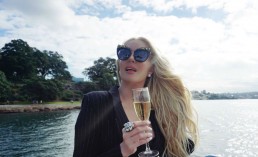 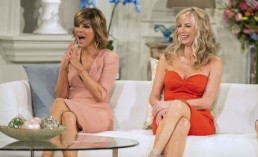