"Big Dogs Got To Eat!" Dwayne "The Rock" Johnson has certainly been enjoying the fruits of his labor this year!

The professional wrestler and actor just received his star on the Hollywood Walk of Fame and announced that he and his partner, Lauren Hashian, are expecting their second daughter. Johnson opens up about receiving one of Hollywood's greatest honors, his latest film, and having daughters that will 'grow up in the spotlight'.

The Rock: International Superstar And Dad

Besides being one of the top-paid actors in Hollywood, Johnson is first and foremost a father and family man. Johnson has two beautiful daughters, Simone, 16, and Jasmine, 2. Simone, from his first marriage, is apparently following in her father's footsteps as she has expressed her desire to pursue acting as a career. Johnson stated that he is 'proud' of his daughter, but also touched on the "sex scandals" currently plaguing headlines and his 'concerns' for his daughter.

"Naturally, the concerns are there, we've had this conversation before with her because ... it's so prevalent. Ultimately, we circle back around to being so proud of the brave women who have stepped forward, and really created this watershed moment," Johnson stated.

Johnson also spoke on his latest project, Jumanji: Welcome to the Jungle, and having a film that will be out just in time for the holidays.

"When you have a Christmas movie come out, I think that you have a responsibility, make sure it's good," he said.

Jumanji is a sequel to the 1995 classic, that shows four teenagers discovering the game during detention and end up getting sucked into it and becoming their avatars. The film also stars Kevin Hart, Karen Gillian, Jack Black, Nick Jonas, and Bobby Cannavale.

This is Johnson and Hart's second time being in a film together, the first was comedy-action, Central Intelligence. Hart also received his star, in 2016.

Johnson will also be starring in the film, Rampage in 2018, and a Fast and Furious spin-off film, titled Hobbs.

The Moana actor also commented that spending quality time with his family and maintaining a certain 'normalcy' at home is important to him.

"We use the term at home, me and my family, is really keep things 'simple core' ... movies on the weekend, find a good pizza place, have a good shot of tequila, get some good loving in." 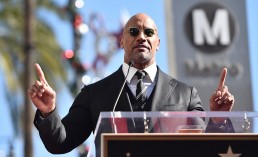 Dwayne 'The Rock' Johnson To Run For President, And He's Serious Too 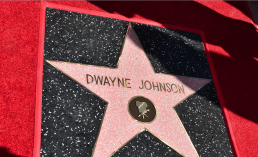 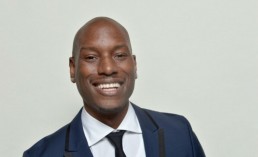 The Year Of Tyrese: A Look Back At The Singer's Most Outlandish Social Media Moments