Selena Gomez is currently enjoying time in Mexico with her friends but where is her boyfriend Justin Bieber?

Following a number of reports claiming the recently reconciled pair will celebrate New Year's Eve together, Gomez landed in Cabo San Lucas on a private jet with several of her closest companions, none of which were Bieber.

"She seemed very excited when she landed and was giggling with her friends and taking photos," a source revealed to E! News on Dec. 28. "They are all planning to do some fun dinners and spend New Year's Eve together."

According to the report, Gomez went from her private jet to her private villa, which boasts 260-degree views of the ocean, upon landing in Mexico. Meanwhile, her on-again, off-again boyfriend was seemingly enjoying time in Canada, where he was spotted playing hockey earlier this week.

While Bieber is not in Mexico yet, there is still plenty of time to board a plane in Canada and travel south of the border and hopefully, Bieber will land in Cabo San Lucas in time to give Gomez the New Year's Eve kiss she has reportedly been wanting.

“Selena has one wish for her New Year’s eve party plans and that is to get a romantic kiss from Justin at midnight. After a rocky year, and lots of family drama surrounding Christmas, Selena is eager to spend her New Year’s eve with Justin,” a source close to Gomez told Hollywood Life days ago.

According to the insider, Gomez is thrilled that she and Bieber were able to make their ways back to each other this year and has never felt so confident in their relationship. So, when midnight strikes on New Year's Eve, she hopes to be right at Bieber's side just in time for a kiss as 2018 begins.

In other Selena Gomez news, the singer and her mother have reportedly been feuding for the past several weeks over past issues and Gomez's relationship with Bieber. As fans will recall, Gomez and Bieber had a troubled relationship in past years and at one point, Bieber was accused of cheating on Gomez on numerous occasions. 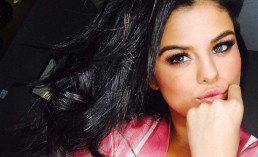 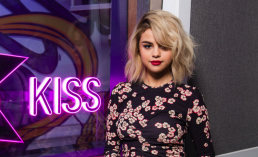 Is Justin Bieber To Blame For Selena Gomez’s Family Issues? 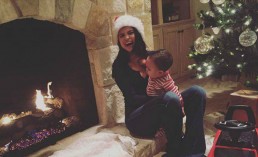