The first trailer for Sony Pictures' upcoming horror offering, Slender Man, has just dropped and it's nothing short of terrifying!

The trailer features a whole lot of screaming, bugs crawling out of mouths, girls with dark hair, and dimly lit trees as well as a teenager stabbing herself in the eye with a scalpel.

Sylvain White, whose credits include Stomp the Yard and The Losers, has directed the film with Jaz Sinclair and Joey King in the lead roles.

The upcoming film is based on the titular fictional boogeyman that originated as an internet phenomenon in 2009 but went on to inspire real-life incidents, including a stabbing in Wisconsin in 2014.

The Slender Man is a fictional supernatural character that was introduced in 2009 on the Something Awful forums during a contest that required users to make normal, everyday pictures appear paranormal using Photoshop.

A user named Eric Knudsen, who operated under the nickname "Victor Surge" shared two black-and-white images of a group of children with a white-faced, tall, and slim figure wearing a suit and lurking in the background, claiming he was the Slender Man.

Thanks to the internet, the fictional character went on to become somewhat of an urban legend as a creepy boogeyman that preys on children and also appeared in several video games as well as a YouTube web series titled Marble Hornets.

In 2014, two 12-year-old girls in Wisconsin had difficulties separating fact from fiction after they repeatedly stabbed a classmate to please the fictional boogeyman.

Anissa Weier and Morgan Geyser lured their classmate, Payton Leutner, to a park in Waukesha and Geyser stabbed Leutner 19 times while Weier egged her on. Leutner managed to survive the incident but Weier and Geyser told authorities that they had to kill their classmate to become Slender Man's servants and protect their families from him.

Bill Weier, father of Anissa Weier, told the Associated Press that local theaters should refrain from showing the film when it releases on May. 18.

"It's absurd they want to make a movie like this," he said. "It's popularizing a tragedy is what it's doing. I'm not surprised but in my opinion it's extremely distasteful. All we're doing is extending the pain all three of these families have gone through."

Watch the film's trailer below:

Slenderman Documentary: How & When To Watch HBO Movie Centered On Internet Meme [VIDEO] 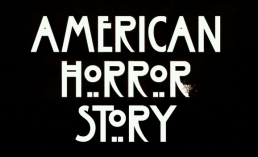 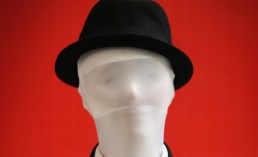