Rose McGowan is adamant on making her story heard, by any means necessary. The actress has been taking legal action in her continued fight against her alleged attacker, Harvey Weinstein. While McGowan has her mind set on bringing Weinstein down, it will cost her more than she may have imagined.

Because of the cost of her legal fees, McGowan must sell her home. The actress claims that she is forced to give up her home because of the "evil monster's" unspecified legal action against her.

While she may have to look for a new home, the Charmed star is preparing for the premiere of her new docu-series, Citizen Rose, which is set to premiere of E!. The five-part series will follow McGowan as she continues her global fight against the sexual harassment scandal that has become a national epidemic.

"You are formally invited into my mind and world. I am thrilled to partner with E! to amplify my message of bravery, art, joy and survival. As I ready my book, 'Brave,' I realized I wanted to show how we can heal through art even when being hounded by evil," the actress stated.

McGowan made it clear that she doesn't want her voice to stay in one place, though the actress has been very vocal on social media.

"I want to be like Gertrude Stein, to have a conversation with the world instead of just in my living room. I'm really just trying to stop international rapists and child molesters," she continued.

The actress turned activist has taken other means of action to spread her message throughout the world. The actress has met with other women who have been sexually abused or assaulted who she dubbed, #Rose'sArmy.

McGowan claimed that she was raped by Weinstein in 1997 at the Sundance Film Festival. The actress further elaborated that she lost a deal with Amazon Studios when she made a complaint about it and her former fiance, Robert Rodriguez, used the information against her.

The Scream actress has not only spoken out against Weinstein and other men who have named as sexual predators, but also the women, who claimed they were "unaware" of any sexual misconduct. The actress slammed Meryl Streep and even her former costar, Alyssa Milano, for her affiliation with Weinstein's estranged wife, Georgina Chapman.

McGowan also shamed the anti-harassment movement, "Time's Up", and labeled it as "Hollywood fakery". 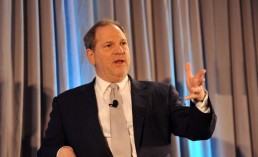 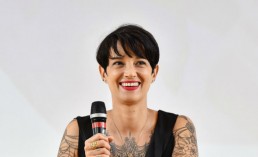 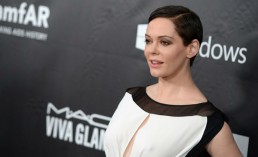