Despite Donald Glover's success in the music industry, the singer is putting his stage name, Childish Gambino, to bed.

After receiving his first Grammy Award for Best Traditional R&B Performance for his single "Redbone," Glover reiterated that he still has plans to retire "Childish Gambino" after the release of his fourth studio album.

"I'm really appreciative of this. I'm making another project right now, but I like endings, I think they are important to progress," Glover said.

The Atlanta creator's confirmation of retiring his name comes a week after he announced his new partnership with RCA Records.

On Jan. 22, the "3005" rapper surprised his fans when he confirmed the news, because he stated that he would be retiring from music in June 2017.

The new contract will cause him to part ways with Glassnote Records, which he has been signed to since 2011. While he has had substantial success with Glassnote, his term with the record label has not been easy.

In a tweet, Glover expressed his issues with the record label by slamming them for mishandling a video for his single, "Sweatpants" and allegedly lying to him.

When asked about the new label, Glover described the new deal as a "necessary change of pace."

Glover Gets A Grammy

Receiving his first ever Grammy Award isn't the only memorable moment for the producer. He also took the stage to perform his single "Terrified" from his album Awaken, My Love!, which the audience referred to as a legendary performance.

Glover took the stage along with 10-year-old JD McCray, who will play young Simba in the animated reboot of The Lion King, in which Glover will play the main role of Simba.

The host of the night, James Corden, acknowledged his performance by praising him for his talent.

"If he wasn't so talented, lovable and damn charismatic, you'd find him really annoying," Cordon stated.

Glover also discussed his moving performance by explaining that it was nice to be a part of a moment culturally.

Although the Grammy Award winner has not revealed when fans can expect his new album, he's keeping busy by working on season 2 of his FX series, Atlanta, and aill appear in Marvel's Deadpool and Spider-Man: Homecoming. 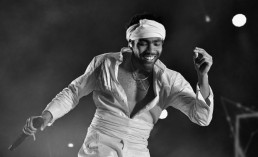 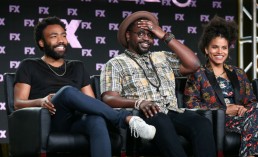 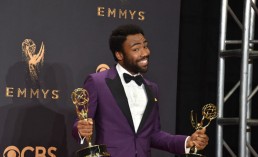