A father, this was how Kelsey Grammer described the recently deceased John Mahoney who he shared the spotlight with on the sitcom Frasier.

In a statement to Entertainment Tonight, Grammer expressed his emotions about the death of a coworker in a few words.

A nod to their roles, Mahoney played Martin Crane in the longtime-running show, the father of Frasier Crane, which was played by Grammer. Niles Crane, played by David Hyde Pierce, was the sibling of Frasier.

Grammer is just one of the many who have expressed grief over Mahoney's demise. Comedian Ben Stiller took to Twitter to praise him, calling him "A Great actor."

How To Get Away With Murder actress Viola Davis echoed Stiller's statement. Peri Gilpin, who played Roz Doyle in Frasier, posted a photo in memory of her former coactor on Twitter.

Greg Berlanti also recalled how supportive Mahoney had been during his early career stint. The former directed the romantic comedy film The Broken Hearts Club. Mahoney played Jack in the movie, which plot centered on the lives of gay friends and their relationships.

Mahoney played as a retired police in Frasier that aired for 11 years. It was the reason for Mahoney's Emmy and Golden Globe nominations. Apart from this, it held Emmy's best comedy series award for five consecutive years.

Mahoney had also won a Screen Actors Guild Award, owing it to the NBC show that had aired from 1993 to 2004.

The world was shocked upon the announcement that Mahoney passed away. The star's representative, Paul Martino, delivered the sad news on Monday, Feb. 5.

Mahoney was 77. Years before Frasier, he was seen in stage. One of his acclaimed work was The House of Blue Leaves in 1986, which got him a Tony Award.

He had appearances from 2011 to 2014 in Hot in Cleveland, where Mahoney played as Roy opposite Betty White's Elka. In 2009, he also acted as a CEO on In Treatment, an HBO drama series that talked about a psychologist and his patients.

Throughout his career, Mahoney had appeared in numerous films. Some of these are The American President, Say Anything, and Moonstruck. He also did some voice acting in animations like Atlantis: The Lost Empire and Antz.

After Frasier ended, Mahoney went back to theater. He went to Chicago to take part on The Outgoing Tide and The Birthday Party.

Devastated by the loss of John Mahoney who was so kind and supportive of me early in my career when we made The Broken Hearts Club... 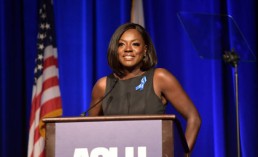 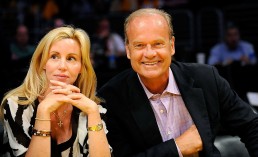 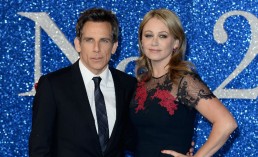