Kandi Burruss and Tiny Harris both confronted speculation that the ladies were feuding over the group, Xscape. Both Harris and Burruss are members of the group, but rumors of a feud started after Harris moved on with two of the other members to form Xscap3 without Burruss.

Now, the two longtime friends are clearing up any reports that they are feuding over the group drama after Xscap3 released new music.

Harris spoke out via social media and set the record straight. She said they changed the name to Xscap3 so people would be able to differentiate between the Xscape foursome, which includes Burruss, and the three ladies: Harris, LaTocha Scott, and Tamika Scott, and Xscap3, which is just Harris, LaTocha, and Tamika.

Harris said of Xscap3, “It’s only three girls on the music and she does not want people thinking she is in the music, so you will know the difference. It’s Xscap3 for anything that she is not a part of.”

Burruss also shared her thoughts and maintained that she doesn’t have any issues with the women. She even urged fans to support the music they’ve created without her.

“I want to send love t my girls #Xscap3 & congratulate them on the moves their making!” wrote Burruss. “I want everybody to know that there is no drama. Its still love with us. I support what they’re doing with the new music & I want y’all to do the same.”

She did confirm that she will be hitting the stage with the ladies for the upcoming Essence Music Festival later this year.

Kandi Is Not Mad At Xscap3

Burruss also had a few words for a fan who said she was mad they were moving on without her.

“Why do you want us to be mad? They did do shows with just the 3 of them a long time ago,” said Burruss. I wasn’t mad then & I’m not mad now. Why can’t you just be happy for all of us & what we chose to do with our lives? …. We did a tour for our fans. It was awesome. We don’t have to do everything together. It’s not a bad thing…”

Burruss’ option to not continue with the ladies isn’t a surprise. She’s spoken on it several times. She has said in the past the reason she didn’t want to bring back Xscape was because she didn’t want it to mess up the “legacy” the group already built the in the 1990s. 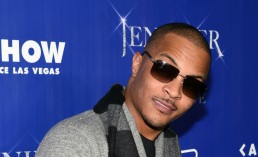 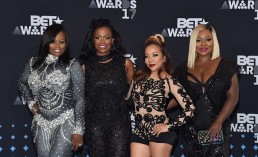 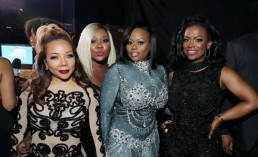 Xscape Tour: Kandi Burruss On Bandmates 'It's Always Them Three Against Me'