As part of the tradition, the Kardashians and Jenners are celebrating Valentine's Day the extraordinary way.

On Wednesday, Kim Kardashian made sure the matriarch, Kris Jenner, is reminded she is still the queen. Kim's gift for this year's love holiday is her signature perfume wrapped in a huge chocolate heart.

Kris's customized package has the word "queen" etched on it. The red chocolate was accompanied by a Queen of Hearts playing card. On the same day, Kim shared a teaser of her Valentine's Day treat featuring red, black, and white chocolate perfumes.

The Kimoji-KKW fragrance, Kim's very own perfume line, was launched on Feb. 1. The package comes with a small mallet used to open the chocolate heart to get the actual perfume. The idea's ingenuity sparked curiosity not only among the fans but also Kim's family, friends, and other celebrities.

Sweet, Spice, And Everything Nice

This year, Kim did not forget to spread the love even to her frenemies and best critics. She was giving away perfumes to Pink, Chelsea Handler, Wendy Williams, Sharon Osbourne, and Taylor Swift.

In a separate Instagram post, Kim showed her list of recipients grouped in blue, pink, and purple post-its. Of all the personalities listed, it was the ones in the blue notes that gathered the fans' attention.

"So I'm going to send them to my lovers, to my haters, to everyone that I think of because it's Valentine's Day, after all," Kim said in a Snapchat video.

Kim's marketing and branding strategy proved to be effective as it stirred hype among scent enthusiasts.

The Kardashian-Jenner clan is popular for giving and receiving extravagant gifts, especially when there is a reason to celebrate the Valentine's Day.

On Valentine's day last year, Snapchat paid tribute to the A-lister couple through a Kim and Kanye-inspired sticker.

"Thank you Snapchat!," said Kim about the special filter made for her and Kanye. "How cute!"

In 2014, Kanye West surprised his then-fiancé with 1,000 roses. However, it did not stop her because two years later, Kim was literally laying on a bed of roses complete with a wall of rose accent in the bedroom.

Meanwhile, Kim's younger sister Kylie Jenner received a similar huge rose heart from her then-boyfriend Tyga. A year before, the rapper took Kylie on a helicopter ride to celebrate the heart's day.

Unfortunately for Tyga, he was not able to keep Kylie in the long run with all the expensive gifts as she initiated the breakup in March 2017. 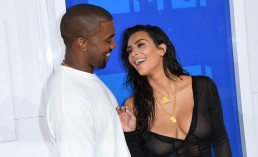 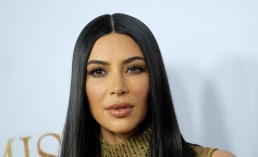 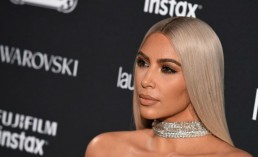 Kim Kardashian On Wigs: 'They're Just Not For Me'