Theroux took to his Instagram on Sunday to share a series of images of his visit at the no kill shelter. The Leftovers star held two puppies in each hand in the first photo while the second and third shots show him getting bit on the nose by a toothless pitbull puppy.

The Star Wars: The Last Jedi actor also shared a video of a sleeping puppy rolling on its back. Theroux likewise shared a few photos of the adult pitbulls at the shelter that are up for adoption.

"Texas!!! Another very inspiring visit with the incredible people and pups @austinpetsalive. I cannot understand how they do what they do, day after day, so consistently and lovingly to save so many dogs and cats. I HIGHLY recommend going in and getting your nose bit by a toothless baby pitbull. Thes two aren't yet ready to go, but when they are go get em...Oh! And hey Houston! You have a Pets Alive no kill shelter there too!" Theroux captioned the photos.

He included the hash tags #selenagomez, #seniordogsrule, #pitbull, and #adoptdontshop, to name a few.

This is the first Instagram post — or social media post for that matter — from the actor since Feb. 8 and since he announced his split from Aniston. Theroux and Aniston released a joint statement about their mutual separation on Feb. 15. The exes revealed that they split at the end of 2017 and expressed their intention to remain as friends.

"Normally we would do this privately, but given that the gossip industry cannot resist an opportunity to speculate and invent, we wanted to convey the truth directly. Whatever else is printed about us that is not directly from us, is someone else's fictional narrative. Above all, we are determined to maintain the deep respect and love that we have for one another," read the statement from Aniston's publicist Stephen Huvane.

Theroux and Aniston have not made any official public appearances following their split. The former canceled an appearance on The Late Show with Stephen Colbert at the last minute following the split announcement. 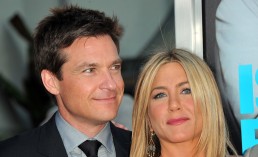 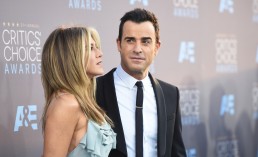 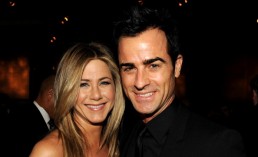