Barbra Streisand keeps her late dog Samantha's lineage alive — not with puppies, but with clones.

The 75-year-old icon was so fond of her old dog that she guaranteed that she literally keeps a part of Samantha with her, even after the pooch's death at 14 years old in May 2017.

A Pair Of Cloned Pets

In a revealing interview with Variety, Streisand reveals that two of her three dogs are cloned from her late pet. Apparently, Miss Violet and Miss Scarlett were both cloned from cells acquired from Samantha's mouth and stomach.

While the duo are actual clones of each other, the singer says Miss Violet and Miss Scarlet are each quite unique.

"They have different personalities," Streisand explains. "I'm waiting for them to get older so I can see if they have her brown eyes and her seriousness."

Her third pooch, Miss Fanny, is not a clone but a distant cousin of her other pets. The pups, who live with her and her husband of 20 years, James Brolin, are all Coton de Tulear dogs, a small breed that's known for being playful and affectionate.

The death of Samantha was a huge blow to the famous singer, who told Associated Press in 2017 that the dog was her constant companion, always present at her performances.

"She was always with me; the last 14 years she went everywhere I went," Streisand said. "It was like losing a child."

Aside from divulging the origins of her household pets, Streisand opens up to Variety about being a woman in the male-dominated Tinseltown. While these days, women are more welcome to helm the movie, the Oscar-winning actress had a more difficult time transitioning into becoming a director in the 1980s.

According to Streisand, her first experience as a director was quite smooth. She found herself accepted as a new filmmaker by the largely foreign crew of Yentl, which marked her as the very first woman to be the director, lead actress, coproducer, and cowriter in a single film.

Her second film, The Prince of Tides, was not as pleasant an experience.

When Streisand told costar Nick Nolte not to alter the script during different takes so the scene can be edited smoothly on the cutting floor, he responded by saying that his mouth is not visible in the take anyway. To the sophomore director's frustration, the cameraman takes Nolte's side even though from the monitor, the actor's face and mouth can clearly be seen.

"I go over to the camera operator, and I say, 'Why did you just lie to him?' He says, 'It's the boys' club,'" Streisand recalls. "Can you imagine? They were protecting him."

Even work hours were a point of contention in The Prince of Tides set. Streisand remembers wanting to stay for one more scene, and the entire crew banded together to contest her, including Nolte, who reached out to her that night to apologize.

As the entertainment industry steps into unfamiliar grounds with women and the #MeToo movement, Streisand says she's proud of the big strides Hollywood has taken in this regard.

"It's just awe-inspiring," she says. 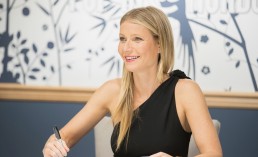 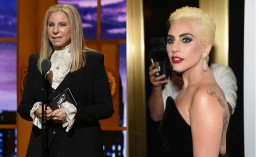 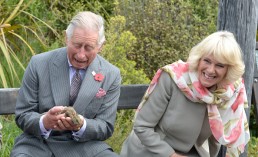