Viola Davis and Lupita Nyong'o are set to headline The Woman King by TriStar Pictures, which is based on true-to-life events.

Davis will play Nanisca, a brave leader of the all-girls military force of The Kingdom of Dahomey, now Benin. Nyong'o will play Nawi, Nanisca's daughter. The Woman King will speak about the West African culture back in the 18th and 19th centuries.

The mother and daughter tandem will seek to fight other cultures who threaten, wish to destroy, colonialize, or oppress their tribe. The news about this expected action-packed film comes after the success of Ryan Coogler's Black Panther.

TriStar Pictures recently got the worldwide rights to The Woman King. The film will be produced by Davis, her husband, Julius Tennon, Maria Bello, and Cathy Schulman. As of writing, the director or release date has not been announced.

"The Woman King will tell one of history's greatest forgotten stories from the real world in which we live, where an army of African warrior women staved off slavery, colonialism and inter-tribal warfare to unify a nation," Schulman said.

Tennon noted how the film could stand as a "game changer for women of color everywhere." Stellar film Black Panther was recently lauded, with a critic citing the film as a celebration for black culture.

Meanwhile, it is important to note the two versatile thespians were tapped to play such valiant warrior characters. Davis is a multiple award-winning actress and known for her iconic role as Annalise Keating in ABC's hit drama series How To Get Away With Murder. She is to be seen next in Widows by Steve McQueen.

Nyong'o has won a lot of awards as well, and had appeared in 12 Years A Slave and the latest Black Panther. The 35-year-old actress's next project is Little Monsters. Meanwhile, other cast members are yet to be announced.

Fans would have to make do with the little details about The Woman King, but it should be noted that it is carefully following the footsteps of Black Panther. With Davis and Nyong'o leading the cast, fans could expect much from the film.

Black Panther had become a box-office hit, earning a whopping $763 million from worldwide sales. It is projected to hit $1 billion or even more. It stars Chadwick Boseman as the titular character, Michael B. Jordan as Erik Killmonger, and Danai Gurira as Okoye.

© 2020 ENSTARS, All rights reserved. Do not reproduce without permission.
TAGSViola Davis Lupita Nyong'o The Woman King How to get away with murder Black Panther
SEE COMMENT
CLOSE COMMENT 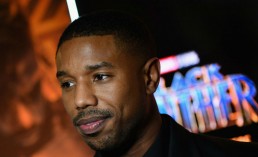 Michael B. Jordan Responds With Ultimate Clapback After A Twitter User Criticized Him For Living With His Parents 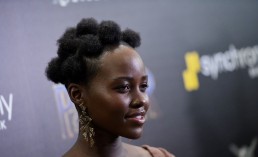 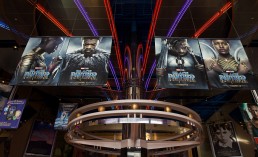