Couple Miley Cyrus and Liam Hemsworth are making sure they are celebrating the Oscars with a cause as they attend Sir Elton John's party dedicated for AIDS prevention.

The musician's event was graced by A-listers, and the list includes love birds Cyrus and Hemsworth, who witnessed the 90th Academy Awards through John's AIDS Foundation viewing party in Los Angeles. The Wrecking Ball singer wore a Moschino silver and pink gown while her fiancé, a classic black tuxedo.

John's annual event has gained popularity since it was launched in 1993. It has raised over $200 million for AIDS prevention, thanks to the high-profile personalities who attend the event. For this year, it earned almost $6 million. Other celebs at the event were Lea Michele, Caitlyn Jenner, and Heidi Klum, among many others.

In an Instagram post, Cyrus shared a photo of her and Hemsworth, sandwiching the man of the hour, John.

"My favorite men," captioned the 25-year-old and tagged the two.

What's notable about Cyrus and Hemsworth's appearance is that, this had become rare and uncommon these days for the pair, who chose to keep things out of the prying eyes of the public. However, they did manage to give a glimpse of their sweetness when they appeared at the red carpet in October during the premiere of Thor: Ragnarok.

John's event can be touted as an important element for Cyrus and Hemsworth as well, who first admitted their relationship during the same event in March 2010. Their public appearance was shortly followed with the premiere of their Nicholas Spark-based romantic film The Last Song.

With their recent appearance, fans and shippers could only assume that their relationship is getting stronger. In January, a source narrated how Cyrus and Hemsworth celebrated New Year together.

"Miley has a lot of fun with the Hemsworths and fits in very well," the source said.

With this, rumors started milling the two already exchanged their vows. However, Hemsworth's older brother, Chris, vehemently denied these.

Cyrus and Hemsworth met on the set of 2010's The Last Song, where they were paired opposite each other. Rumors that they were dating started during production in 2009, spreading after they were caught on-cam kissing.

After this, their relationship went into a rollercoaster ride, every now and then splitting and then getting back together. The whirlwind romance had become an eye-catcher to tabloids and an easy topic for gossip sites.

But in 2012, the former Disney child star admitted that Hemsworth had popped the question to her. However, the seemingly then nearing happy ever after was cut short, after Cyrus and her beau called the engagement and their relationship off altogether in 2013.

After which, the two had enjoyed company from different men and women. Come 2016, reconciliation rumors started circulating again and Cyrus and Hemsworth finally confirmed their reunion in October of that year. 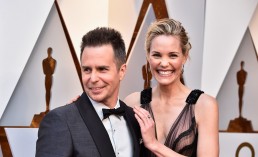 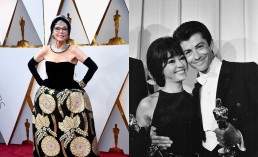 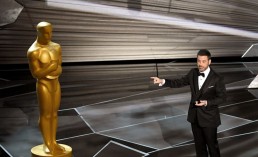