The truth has come out about Livia Giuggiolo, wife of Academy Award-winning actor Colin Firth, and her history with a journalist who she claimed stalked her. Giuggiolo admitted that she had an affair with the man, Marco Brancaccia.

Giuggiolo said Brancaccia had sent her “frightening” messages. While authorities are looking into her claims, Brancaccia has maintained his innocence and said it was an allegation Giuggiolo hoped would defer attention from their affair from 2015 to 2016.

“A few years ago Colin and Livia privately made the decision to separate,” said the statement. “During that time Livia briefly became involved with former friend Mr. Brancaccia. The Firths have since reunited.”

Interestingly enough, the couple didn’t want the matter to go public. Still, it made headlines after a court document was leaked.

“This is greatly to be regretted,” said the statement.

Prosecutors in Italy want Brancaccia indicted on the charges. As for Brancaccia’s statement, he has been open about his past with Giuggiolo.

His Side Of Things

Brancaccia said he only sent her two messages on WhatsApp once she broke things off with him in the summer of 2016. He said that before then, she had plans to leave her husband for good. He added that he actually contacted Firth himself to let him know about the affair.

He said that while he wishes he wouldn’t have done that, he believes that’s what sparked the stalking claims against him. He added that she was afraid Brancaccia would reveal not only their relationship to the public but also things that she told him about her marriage to Firth.

He added that within the year they were seeing one another in private, Giuggiolo gave him “hundreds of messages” that included pictures, video clips, and a journal.

Colin Firth Stuck In The Middle?

When it came to Firth’s response, Brancaccia said he actually was “understanding” about it all.

Firth and Giuggiolo tied the knot back in 1997. They have two sons, Luca, 16, and Matteo, 15, together. They have maintained that they are working on their marriage after their separation. 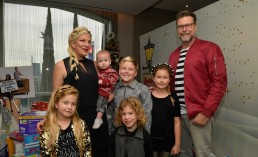 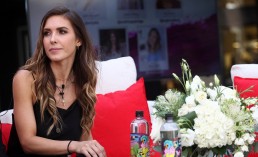 Audrina Patridge Accuses Ex Corey Bohan Of 'Stalking' Her, Moves To Strip Him Of Visitation Rights 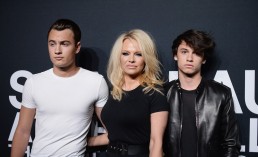 Pamela Anderson Responds To Tommy Lee's Fight With Son Brandon: 'I Stand Beside My Son'