Some technical difficulties during the screening of sci-fi film Ready Player One at the recent South by Southwest Film Festival gave filmmaker Steven Spielberg an anxiety attack.

Sunday night's world premiere of Ready Player One was met with jeers from the crowd after it had experienced technical difficulties more than an hour and a half into the screening. The sound went out, enticing boos and jeers from the audience.

At first, the crowd thought the difficulty in the sound was intentional. They thought that it was perhaps to shade the screening of Rian Johnson's Star Wars: The Last Jedi in December, where fans left an AMC theater in Burbank fuming after they watched the film with no sound.

However, it was only until the picture froze that the crowd started to complain. The projectionist restarted the movie but the sound system failed again at the exact same scene, which prompted the audience to laugh.

Thankfully, the third attempt was a success and the crowd burst into cheers and applause. The entire glitch lasted no more than five minutes.

Spielberg received a standing ovation and the crowd chanted his name when he took to the stage at the end of the film. However, the director admitted that he panicked when the technical difficulties happened.

"This is perhaps the greatest anxiety attack I've ever had," the Ready Player One director said after the screening.

However, Tye Sheridan pointed out during the Q&A that perhaps the glitch only elevated the crowd's excitement, especially since the picture froze at a climactic scene.

Regardless, fans inserted humor into the technical glitch. Given the throwback nature of the movie, one fan suggested that the projectionist could have blown into the disc to fix the sound problem.

The cast for Ready Player One joined Spielberg at the South by Southwest Film Festival. They also took to the stage after the screening. The cast includes Sheridan, who plays the lead character Wade Watts, Olivia Cooke as Samantha Cook, Ben Ben Mendelsohn as Nolan Sorrento, Simon Pegg as Ogden Morrow, T.J. Miller as i-R0k, and Mark Rylance as James Halliday or Anorak, to name a few.

Ready Player One is the movie adaptation of the 2011 novel from Ernest Cline, which references the 80s and 90s pop culture. The film follows Watts, a gamer who is on a quest to win a treasure hunt that would make the winner the richest person on Earth. The film arrives in theaters on March 29. 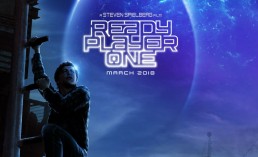 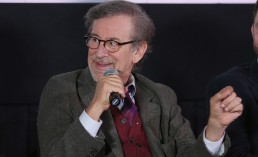 'Ready Player One' Movie Update: Steven Spielberg Will 'Leave Himself Out Of' The Film 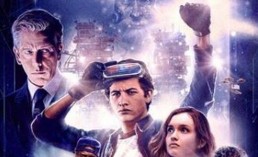