Marvel's latest blockbuster film, Black Panther, is working to release its DVD version with bonus deleted scenes which, according to its film editor, have been painful to cut from the final render of the cinematic version.

Michael Shawver revealed that the $1 billion worldwide grosser had two deleted scenes, including one with Okoye (Danai Gurira) and W'Kabi (Daniel Kaluuya). Shawver said it was a scene painful to delete as it shows a vital moment between the on-screen partners.

"Those are two powerhouse actors and it was an incredible scene with so many layers to it -- boyfriend and girlfriend, it was general and her advisor, all those things. That was painful," Shawver said.

As the scene with Gurira and Kaluuya was deleted, the final cut is not able to fully play their relationship and how it affected their roles in the story.

Another deleted scene is of T'Challa (Chadwick Boseman) and Zuri (Forest Whitaker), which would have led them to enrich their father-and-son-like relationship. Shawver explained that if the scene were included in the final film, it could have let the audience feel attached initially and further build up emotions.

Director Ryan Coogler reportedly fought for the scenes to be included in the theatrical release but ultimately, the production team decided that doing so would affect the pace of the story.

"We were also afraid if we took it out we're going to ruin this movie...we didn't take it out for three or four screenings and we finally took it out and I think Ryan and I were probably the last men on that beach saying don't take it out," said Marvel Studios producer Nate Moore.

Meanwhile, the longest-running comedy show in the country, Saturday Night Live, joined in the celebration of Black Panther's roaring uccess. Sterling K. Brown led the gang to do a parody of the film's deleted scenes.

Brown, who played N'Jobu in the Coogler film, mimicked a different character in the parody sketch. As T'Kanna, who is T'Challa's great-grandfather in the film, Brown was seen greeting Chris Redd (as T'Challa) on a plane.

The moment turned into the usual SNL humor when Kenan Thompson, who played the Uncle M'Butu role, flipped burgers as he recounts his death. As it turned out, Uncle M'Butu was alive until he asked his wife, a member of the Dora Milaje, to wear a wig.

The skit was hilarious that even Brown apparently could not help but laugh.

The Black Panther DVD release date is yet to be announced but is estimated for May 2018. 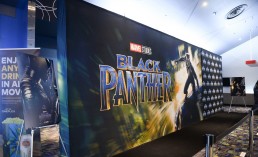 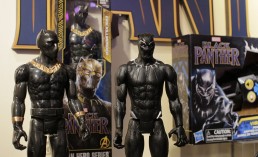 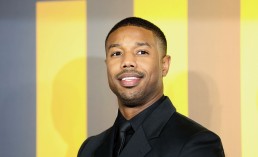