Britney Spears is recreating her most famous fashion look, albeit in a far more stylish way. She's the new face of Kenzo, clad in head-to-toe denim.

It's the ideal timing for Spears to partner with a fashion brand too, given the current 90s nostalgia trend that's in full swing.

Carol Lim and Humberto Leon, Kenzo's creative directors, are proving that it's not just about swindling gullible millennials, too, by teaming up with a bonafide icon of the decade.

The duo cast Spears as the face of La Collection Memento No. 2, which consists of pieces done in the French fashion house's iconic, archival, and over-the-top prints. The collection boasts tons of punchy florals and graphic tops emblazoned with the classic Kenzo Tiger motif, but it's the head-to-toe denim look that just screams Britney.

"Britney is certainly an icon and the quintessential queen of denim," details a press release for the campaign.

This is a clear nod to Spears's famous matchy-matchy ensemble at the 2001 AMAs, which she attended with then-boyfriend Justin Timberlake.

Spears memorably wore a ghastly, floor-length denim gown for the event while Timberlake appeared in a so-called Canadian tuxedo and matching hat.

The new campaign was photographed by Peter Lindbergh in L.A. It highlights the collection's cheeky, youthful tone that was inspired by the 1986 debut of Kenzo Denim in Paris. Spears, on her part, looks fantastic in the pics.

It's a good time for her to take on a fashion campaign of this magnitude, given how well she's doing right now. Spears has a Vegas residency, paints as a hobby, and enjoys a healthy and settled family life.

As for any fashion mistake that she feels she must have made over the years, the singer pointed to a certain 80s look she'd rather forget.

"Ugly was the way to go in the '80s, it was all just completely obnoxious-but there was also something so refreshing about that and the fact that we didn't care what anyone thought about our clothes," she revealed.

When she was first approached by Lim and Leon to headline Kenzo's second nostalgia-based collection, Spears was excited to bring back some of that "don't-care" 80s attitude.

Spears gushed about how much she loved the collection and how much she enjoyed shooting the campaign for such.

"This collection is very youthful. We had fun on set, even though it was a bit weird for me at first. I am used to shooting in a studio or a small space, and this was on the street," she said.

Spears explained that she can't take too many risks with her day-to-day looks, being a mother of two. She's impressed with the younger generation for taking risks with their looks and not caring what anybody thinks.

Thankfully, the Kenzo campaign has given her the opportunity to take a risk or two. It's also given her a new angle for her own wardrobe.

BRITNEY SPEARS is the new face of @kenzo! The Queen of Pop was photographed by @therealpeterlindbergh for the new @kenzo campaign, featuring the iconic Bamboo Tiger print. Discover the campaign on KENZO.com. @britneyspears @kenzo #KenzoLovesBritney #KENZO #CollectionMemento2 A post shared by  KENZO (@kenzo) on Mar 20, 2018 at 8:31am PDT 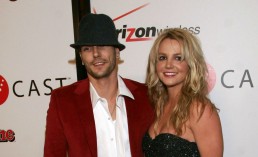 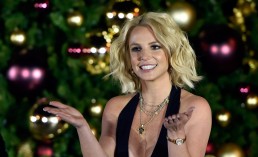 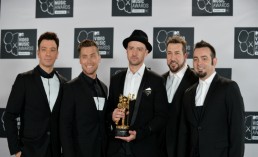