Tamar Braxton might not have a problem dissing her estranged husband, Vincent Herbert, but she certainly doesn’t like when her family does it.

Tamar Braxton vs. Everybody

Braxton reportedly has an issue with her sisters and mother coming for Herbert in the new episodes of the highly anticipated season of Braxton Family Values on WeTV. She has gone as far as not promoting the season because she doesn’t like the way Herbert is portrayed.

While Braxton and Herbert’s divorce is a key storyline for the show after Braxton filed last October, she is said to be convinced her family is using her drama with Herbert for their own personal gain. She allegedly thinks they’re amping up the issues so more people will watch.

She boycotted promoting the season until producers and showrunners edited out the parts that Braxton says are not true. While Braxton said she and Herbert are in counseling to repair their marriage, she also made a point to be friendly with Herbert after their drama as the two have a four-year-old son, Logan, together.

A new teaser for the show portrayed Braxton playing coy to her sisters' questions about Herbert. Her sisters are reportedly supportive of Braxton during her tough time.

Braxton’s sister, Grammy-award winner Toni Braxton, asked her if she was ending her marriage. Even though she was straightforward with her answer of, “1,000 percent,” she was a little less willing to offer up answers when Trina Braxton asked what Herbert’s response was to Tamar wanting a divorce.

She told her sisters that Herbert wanted to try counseling, but they weren’t fully satisfied with her answer.

“Tamar and Vince obviously love each other,” Toni later told cameras. “I think she’s choosing to be tough, which is – I mean, I get it, but it’s not necessary with her sisters.”

Tamar filed for divorce from Herbert last year. The two were a month away from celebrating their ninth wedding anniversary.

Fans also saw the fallout of their marriage on Tamar and Herbert’s WeTV reality spinoff, Tamar & Vince. Tamar not only filed for divorce but moved out without telling Herbert at the tail end of the season.

Herbert and Tamar made an appearance on The View recently. There, he shut down speculation that he cheated on Braxton as well as rumors that he was physically abusive. Tamar also suggested that their marriage isn’t over for good as they are in counseling. 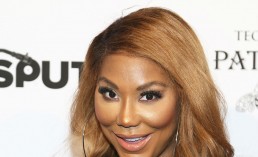 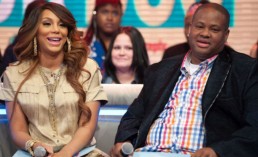 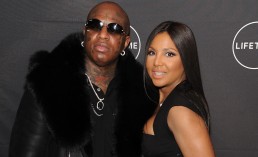 Birdman On Fiancée Toni Braxton: 'I Love Her To Death'