On her recent visit as guest co-host on the daytime talk show The View, singer Tamar Braxton finally set the record straight on her marriage to Herbert and where all those rumors came from.

Towards the end of 2017, Braxton had faced some pretty ugly rumors regarding her marriage to music producer and manager Vincent Herbert. Braxton had confirmed that she had filed for divorce from Herbert but as soon she made the announcement, the couple was plagued with vicious rumors of abuse, cheating, and money problems.

Braxton Clears Up The Drama

As soon as the Braxton Family Values star sat down at the infamous round table with the other hosts, Braxton was immediately asked about the current status on her impending divorce to Herbert. Braxton responded by insisting that she did not file for divorce for "publicity" or "ratings" for their reality TV show, Tamar and Vince.

"I have a regular marriage and regular marriages like everybody else, things happen and in my marriage you know it was just to a point where I felt like divorce was the only option that I had left," Braxton stated.

She continued that the rumors that she received a phone call from a woman alleging that Herbert cheated on her and got the woman pregnant came from her "so-called" friends and people she trusted.

Herbert, who was in the audience, joined the table and denied the rumors that he impregnated another woman. The music producer stated that he still loves Braxton and remains hopeful that they can work through their issues.

"Although we're in extensive counseling and that is much needed and it still will always be, but I think the bigger picture of everything is that we have a responsibility to my amazing 4-year-old son and just to raise him in the most comfortable, amazing, loving, secure household that we can. That's why we don't live together," Braxton continued.

The Love & War singer did not touch on the abuse allegations her mother, Evelyn Braxton, alleged took place. The couple married in 2008 after dating for five years. Their only child, Logan, was born in 2013.

Braxton and Herbert's marriage troubles began after she was fired from The Real, where she was one of the five original co-hosts. Braxton also stated on The View that she still does not know the reasoning for her sudden termination from The Real. 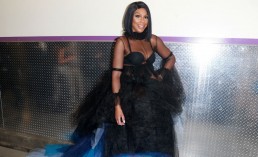 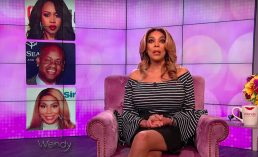 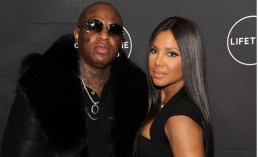