Kourtney Kardashian riles up her fans on Instagram. The mother of three wears a provocative outfit that everyone is talking about on social media.

The beautiful Keeping Up with the Kardashians star posted a photo on Instagram on Sunday, March 25. Kourtney was sitting on a silver chair as she raised her right foot on a granite countertop table. She wore a revealing lacy black ensemble that included a similar style push-up bra.

The eldest Kardashian sibling held a piece of cheese pizza in one hand as she touched her hair. Also, a can of Coca-Cola was placed right next to the pizza box.

Kourtney's 61.8 million Instagram followers were impressed with her sexy look in the said photo. Several of her followers flooded the comment section with different emojis such as hearts, flames, and smiley faces with hearts in their eyes.

Some of her followers jokingly teased if she would even consume the cheese pizza and drink Coca-Cola. However, several fans left heartfelt messages of support directly to her.

"Kourtney, you are the definition of a real woman, and I wish you nothing but the best life has to offer that's including all your hopes and dreams, Queen," wrote an Instagram fan.

Meanwhile, Hollywood Life revealed that Kourtney is caught in a love triangle drama with the two men in her life: 24-year-old Younes Bendijma and the father of her three children, Scott Disick. The media outlet further noted that Kourtney had a massive falling-out with Bendijma and even unfollowed him on Instagram.

Moreover, rumors also have it Bendjima even wanted an allowance from Kris Jenner and the stars of Keeping Up with the Kardashians will hang out with the 38-year-old.

Meanwhile, gossip sites have reported that Disick is still not over his ex-wife. On Tuesday, March 20, several paparazzi photographers caught Disick and his former wife as they entered a studio in the Woodland Hills neighborhood of Los Angeles. Apparently, Kourtney and Disick were filming several segments of the popular reality series on E! Network.

Also, Kourtney has allegedly made it clear to Disick that she would not allow their three children, 8-year-old Mason, 5-year-old Penelope, and 3-year-old Reign near his girlfriend, Sofia Richie. She also believes that Disick's relationship with Richie will be short-term.

While she is not dealing with the men in her life, Kourtney made waves for her charity work. She teamed up with Kris, sister Kim, and Jenner's boyfriend Corey Gamble to present a $100,000 check to a Los Angeles youth center.

The Kardashian-Jenner donation is intended to cover for the center's renovation, which is expected to pay for a new kitchen, a basketball court, and 20 Apple laptop computers. 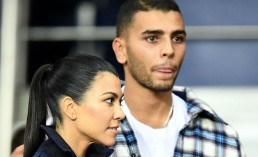 Is Kourtney Kardashian's Boyfriend, Younes Bendjima, Being Paid To Hang Out With Her? 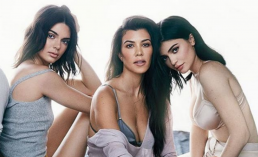 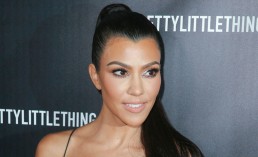 Is Kourtney Kardashian Dating Travis Barker? He Has 'Always Had A Thing For Her'