According to a new report, Gomez is ready for a major change after her recent split from Justin Bieber and as to what that change may be, it might involve moving to a new home outside of the United States.

“Selena is ready for a big change in her life, and nothing is keeping her in America at this point,” an insider told Radar Online on April 5.

Selena Gomez And Mandy Teefey Are At Odds

Following her reconciliation with Bieber in October of last year, Gomez and her mother, Mandy Teefy, had a falling out and haven't been seen with one another since. While Gomez has returned home to Texas on numerous occasions since Oct. 2017, social media images have yet to suggest that she and Teefey have reconciled.

Thus, when it comes to a major move, there simply isn't much holding Gomez back.

“Selena has always loved Australia and thinks it would be a cool place to live. She has lots of fans and friends there and really enjoys the vibe in Sydney,” the insider said.

As for how long she would stay in Down Under, the source said that her potential plans to quit Hollywood and move somewhere may not be completely permanent. That said, she's allegedly determined to try something new and start fresh, even if she only remains out of Los Angeles for a couple of years.

According to Radar Online, Gomez and Bieber decided to break things off between them in February after Gomez allegedly began feeling like Bieber was smothering her too frequently. As the outlet explained, Gomez couldn't deal with the constant attention and Bieber's ongoing questions for her.

Since the couple's breakup, Gomez has been focusing on attending church and spending time with her friends while Bieber seems to have returned to his old ways by hanging out with other women.

Last month, just weeks after his breakup from Gomez was reported, Bieber wasted no time moving on and was spotted out in Los Angeles with Baskin Champion, the sister of his friend Patrick Schwarzenegger‘s girlfriend. Bieber and Champion spent time together on at least two separate occasions in March. 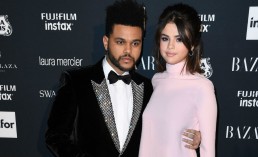 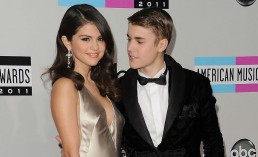