Solo: A Star Wars Story is set to be Disney's biggest film of 2018. A brand-new trailer fleshes out the spin-off film's world.

Perhaps echoing the entertainment behemoth's wishes for the upcoming movie, the big takeaway line from the latest teaser finds Han Solo in an optimistic mood.

"I have a good feeling about this," says Alden Ehrenreich's Solo towards the end of the clip, referencing one of the character's most famous lines from the original trilogy.

It's easy to see why, too, as this latest look at the infamous space smuggler's origin story gives eager fans a bigger and better impression of what to expect when the film is released next month.

The flick is going to take its first bow at the prestigious Cannes Film Festival on May 25, ahead of its US release.

The latest trailer is less muddled than the first one, which focused more on selling the fact that this is a Han Solo movie rather than offering anything about the plot or characters.

This time around, fans get a look at the characters played by Emilia Clarke, Woody Harrelson, Paul Bettany, and Thandie Newton. Most importantly, though, there's the first real look at Donald Glover's highly-anticipated take on a young Lando Calrissian. The spiffy cape he's sporting on the poster is just the beginning.

It seems Solo: A Star Wars Story will be a western of sorts, with a heist at its core. Harrelson's character explains how he's putting a team together to pull a fast one on Bettany's character, a wealthy, snooty sort.

The feel of the trailer is different from any Star Wars film that comes before it, including the Rogue One spinoff. It kicks off with a screech of electric guitar, which is unheard of in the John Williams-scored galaxy.

Glimpses are given of Corellia, Solo's industrial home planet, as well as shipyards made for constructing Imperial Star Destroyers. The implication is clearly that this difficult life is not fitting for the antihero fans know Solo is destined to become.

In spite of the trailer's stranger elements, the requisite Star Wars flourishes are all intact, from sweeping space battles to crazy-looking alien creatures. A smart-mouth robot, voiced by Fleabag actress Phoebe Waller-Bridge also features prominently, while the mystery of Chewbacca's age is finally laid to rest.

Iconic director Ron Howard infamously took over the reins of Solo: A Star Wars Story when original co-directors Phil Lord and Christopher Miller, of The Lego Movie, left the project due to undisclosed creative differences with Lucasfilm/Disney.

Legendary producer Kathleen Kennedy, with whom Lord and Miller reputedly clashed, is spearheading the spinoff story in the billion dollar Star Wars franchise.

Ehrenreich is taking on the titular role made famous in all preceding movies by Harrison Ford. Glover is taking over from Billy Dee Williams.

The movie hits theaters on May 25. 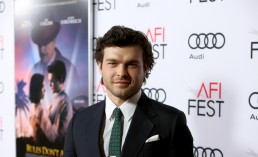 'Solo: A Star Wars Story' Is Going To Premiere At The Cannes Film Festival 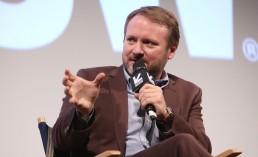 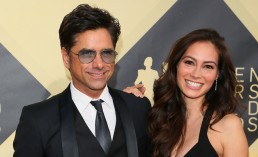