Actor Donald Glover celebrated getting cast in Solo: A Star Wars Story like any normal person would. He ordered pizza and watched Star Wars.

Glover's take on the young Lando Calrissian, played in the original trilogy by Billy Dee Williams, is arguably the most anticipated element of the upcoming spinoff movie.

The actor's fabulously cape-clad take on the iconic character is front and center of the latest trailer for the flick, as well as in promotional posters.

He was the second actor to be cast in Solo. It was a dream come true for Glover, and he chose to celebrate it the way any regular Star Wars fan would.

"The day I found out I got it, I remember I bought like a whole pizza and went home and watched The Empire Strikes Back," he admitted.

Looking for inspiration for his performance, Glover studied how Williams portrayed the character. He has also been looking at a variety of seventies-era stuff to get a feel for Calrissian's super-cool style.

He approached the role from the perspective of a Star Wars fan.

"You tend to do a better job of things as a fan. You have standards. You just know what you would had. If that happened, that feels wack... You don't want an imitation in this kind of thing. You just want somebody to exude that feeling," he explained.

Much like Han Solo himself, Glover's Calrissian isn't the Lando fans know and love, yet.

Glover revealed how his hair and clothing choices, which as is evident from the posters involve lots of capes and some interesting facial hair, showcases the new take on his character.

He crosses paths with Alden Ehrenreich's Solo when the two join a crew of mercenaries and lowlifes hired to pull off a dangerous heist involving Paul Bettany's wealthy gent.

Glover's most well-known role to date is as Troy Barnes on hit sitcom Community. He also writes and directs on the TV show Atlanta.

He is the first black man to have ever won an Emmy for directing, but he has two Golden Globes for his TV work. The multi-talented Glover also won a Grammy for his music work as Childish Gambino.

He recently joked that his take on Calrissian could be called Childish Landino.

Solo: A Star Wars Story lands in theaters May 25. 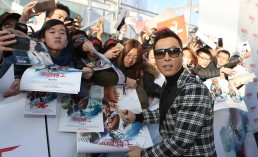 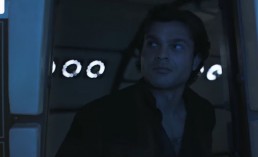 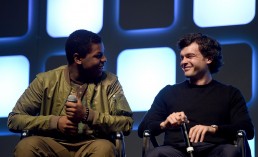