Actress Charlize Theron gets candid about her mental struggle after putting on a lot of weight for a role. Theron gained 50 pounds when she filmed for Tully.

Theron had no problem gaining weight for 2003’s Monster, which landed her an Academy Award. However, it was different when she gained almost 50 pounds for Tully. Theron, who plays an overwhelmed mother, explained how her new diet impacted her mentally.

“I just wanted to feel what this woman felt, and I think that was a way for me to get closer to her and get into that mindset,” said Theron of taking on an unhealthy diet for the role. “You know, it was a huge surprise to me. I got hit in the face pretty hard with depression.”

She said that her new diet included processed foods and beverages with high levels of sugar. She admitted that her attitude wasn’t a pleasant one for her co-stars and filming crew.

Theron said that the first couple of weeks were exciting as they include drinking two milkshakes with breakfast. Things, however, went downhill for her after the third week.

“It’s not fun anymore,” said Theron. “Like, all of a sudden you’re just done eating that amount and then it becomes a job.”

She added that she would have to use her alarm to remind her to get up and eat in the middle of the night to keep up her weight. Her 2 a.m. diet included macaroni and cheese that was waiting for her near her bed.

The actress further implied she would nearly have to force feed herself so she could “maintain that weight.”

How Her Children Reacted

Theron joked that her children thought she was pregnant. She said her youngest, 2-year-old August, was certain Theron was carrying a little brother or sister. Even her oldest child, Jackson, 6, asked her what was going on with her physique. Theron added that her two children now look at Tully as the film where she appeared to have a baby bump.

Despite that she still received attention, Theron said it was even more awkward for those moments she had to do press appearances and no one knew she was gaining weight on purpose for the movie.

She pointed out that it took her more than a year to lose 50 pounds, which was much longer compared to her weight loss for Monster. She said that her doctor had reminded her that her weight loss journey would be much different this time around. 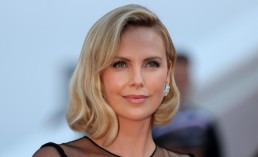 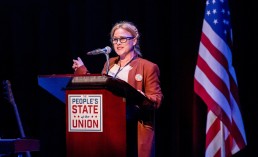 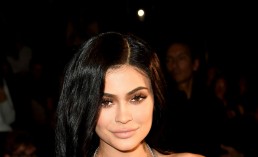 Kylie Jenner On Weight Gain After Giving Birth To Stormi: 'I Need To Lose 20 Lbs'