Rachel Weisz is expecting. The 48-year-old actress who is married to fellow actor Daniel Craig, announced the news earlier this week.

Weisz revealed the news as she promoted her latest film, Disobedience, during an interview with The New York Times. Interestingly enough, Weisz's costar Rachel McAdams recently announced her pregnancy. The publication asked Weisz about a special announcement she had for fans. While she initially joked about having a moon face until her face slimmed down and she grew out her cheekbones, she went on to reveal the exciting news of her pregnancy.

“I’ll be showing soon,” said Weisz. “Daniel and I are so happy. We’re going to have a little human. We can’t wait to meet him or her. It’s all such a mystery.”

Weisz dished about her romance with Craig during the interview. The two film stars tied the knot roughly seven years ago.

“I’m very happy being married, very, very happy,” added Weisz as she pointed out she and Craig are quiet about their personal lives. “We’re just really crap at talking about our private lives.”

She said that she commends couples who can make their marriage a part of their business and image and show one another on social media. She said she and Craig don’t take that route simply because they don’t know how as they don’t even have social media accounts.

This is a similar sentiment that Weisz expressed about Craig earlier this year. She revealed she didn’t see herself getting married prior to connecting with Craig.

“It was not an ambition of mine,” said Weisz. “It was the opposite.”

Weisz admitted that she wasn’t a fan of romantic movies where the goal always appeared to be getting engaged and walking down the aisle. She said she was relieved that she fell in love unexpectedly and when she was old enough to understand the true meaning of it.

Weisz said she wouldn’t have it any other way as she rocks her wedding ring with no shame. She added she wants others to know that she is not on the market and wears her ring “all the time.” 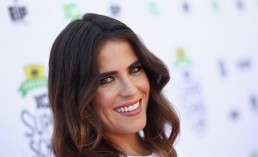 How To Get Away With Murder's Karla Souza Welcomes Baby Girl 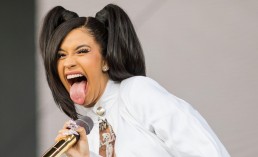