Johnny Depp is on the wrong end of a lawsuit once again as two of his former bodyguards filed a multi-claim suit against the actor.

Depp, 54, is being sued for unpaid wages and dangerous work conditions, among other complaints.

According to People, two of the Pirates of the Caribbean star's former bodyguards are behind the complaint: retired police detective Eugene Arreola and Miguel Sanchez. The pair began working for Depp in 2013 through a local personal security corporation.

It was in 2016 when Arreola and Sanchez were assigned as members of Depp's personal in-house security team, working with the Oscar nominee directly.

"Depp began making sudden and drastic changes to his staff and management team, causing a significant financial crunch for everyone surrounding Depp, except for Depp himself," the complaint explains, adding that Arreola and Sanchez "were loyal to Depp and his family and understanding of the financial hurricane Depp was in."

Depp's financial woes, despite being in several high-profile projects, has been well-documented.

The two former bodyguards eventually noticed that the actor was not paying them their overtime pay and rest pay. From 2016 to 2018, they were also not given law-mandated meal or rest breaks.

Being Depp's bodyguard, the claimants say, meant being his "caretakers" especially in public. One time, Arreola and Sanchez allegedly had to alert the actor that there were illegal substances on his face and keep witnesses from seeing them.

The pair were also constantly used as drivers, Page Six adds, often driving vehicles with illegal substances inside and "asked to monitor unstable individuals in [Depp's] life and entourage."

One dangerous incident included in the complaint occurred in Depp's property when the head of security accidentally shot himself on the leg while playing with his own weapon.

Sanchez, who's assigned to protect the actor's kids, claims to have to be the "primary caretaker" most of the time. He's instructed to give in to every whim of the kids.

"As a result of the toxic and dangerous work environment and the constant labor code violations of their employers, Plaintiffs were forced to leave their employment despite the fact that they enjoyed many of the people they worked with and have no ill will toward Johnny Depp," the complaint concludes.

Arreola and Sanchez are seeking for payment for unpaid wages, plus attorney fees and damages.

Depp is already embroiled in a lawsuit with his former managers over the depletion of his multi-million fortune. 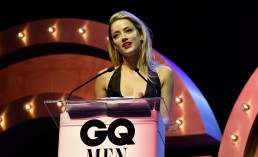 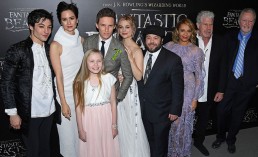 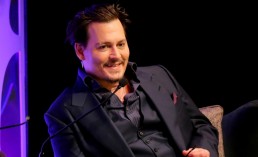