Father and ex-footballer David Beckham got the best birthday present ever. The legendary player was surprised by son Brooklyn on his big day.

Just Dropping By For A Visit

On Wednesday, May 2, Brooklyn, who's currently studying at college in New York, turned up unannounced at his dad's 43rd birthday party all the way across the pond in England. The former soccer star was completely shocked, having had no clue his boy was going to show up.

His wife, Spice Girl and celebrated fashion designer Victoria Beckham, shared a sweet video of Brooklyn walking into the restaurant where the whole family is enjoying a special meal to celebrate the day.

"David," Victoria can be heard saying in the background, getting his attention as Brooklyn strolls up to the table.

"What are you doing here?" her husband asks repeatedly as he turns, teary-eyed, to greet Brooklyn.

"Are you okay? Happy birthday! I just landed," his son says, hugging him.

"I didn't know you was coming in. I missed you so much," the ecstatic father gushes.

The Best Birthday Surprise Ever

Beckham wasn't the only one overjoyed to see Brooklyn, as the couple's 6-year-old daughter Harper can also be heard happily saying in the background she didn't realize her big brother would be there.

He hasn't commented publicly, but the last time Brooklyn posted about Moretz was back in February.

Celebrating With Colin And Louis

Victoria kicked off the birthday celebrations Tuesday, May 1, with a sweet family photo and a message for her hubby. Romeo, 15, and Cruz, 13, also both posted photos of their father to Instagram.

Harper is a bit too young to be on social media, but her mom shared a message on her behalf, with a video of the little girl reading her handwritten birthday card aloud.

It was also revealed that David received the best birthday cake of all for his big day, a Marks & Spencer Colin the Caterpillar cake, a favorite of his.

He posted a photo of the must-have confection, which retails at just £7, on his Instagram Stories, alongside some more extravagant gifts including a Louis Vuitton wine case. 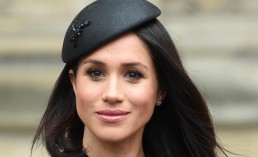 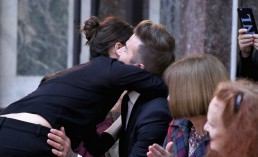 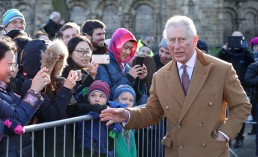