Rumored couple Hailee Steinfeld and Niall Horan are no longer hiding their feelings for each other. The two singers stepped out in public together.

According to Us Weekly, the two young stars are no longer dating in secret. A source confirmed they were making out all night long at country western themed restaurant Saddle Ranch, in L.A., last Friday. They were also seen at hot spot E.P. & L.P. on Sunday holding hands.

Another source confirmed the two were acting so much like a couple recently and are definitely together.

"[They were] holding hands throughout the night and were super cuddly," the insider claimed.

Edge Of Seventeen star Steinfeld, who's 21, has been spotted on multiple occasions with 24-year-old former One Direction singer Horan.

Steinfeld and the Irishman were seen at a West End production of Hamilton back in January, followed by another spotting at Steinfeld's older brother Griffin's birthday party a week later.

They were also seen enjoying a Backstreet Boys concert together in February, and the two were out in a club in Las Vegas.

The "Most Girls" singer fueled the rumors further when she posted a photo on social media in March wearing one of Horan's tour T-shirts.

Steinfeld downplayed the romance in January, in an interview with Us Weekly.

"I feel so lucky that [my fans] care enough about me to know what I'm doing every second of every day, but I think that sometimes it's hard for people to realize that there are boundaries to a person's life and personal life," she advised at the time.

Although Steinfeld acknowledged her privilege, she also noted that she doesn't like to overshare because she's still a very private person in spite of being in the public eye.

She and Horan have been friends for years, with Horan even describing Steinfeld as his BFF in an Instagram shot for her birthday back in December.

A source previously confirmed to E! that the two were together, but at the time it wasn't anything serious.

"It's true that Hailee and Niall are dating, but at this point it's still pretty casual," the insider said.

They Get Each Other

Horan found fame with boyband One Direction, while actress and singer Steinfeld was received an Oscar nomination for her first big screen role opposite Jeff Bridges in the Coen Brothers' True Grit.

Since then, she starred in two Pitch Perfect films. She also released a hugely popular E.P. Haiz, named after the nickname fans gifted her.

Horan himself had a massive hit with the steamy solo single "Slow Hands." 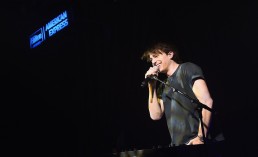 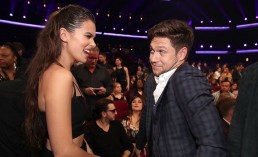 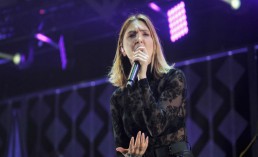