The romance between Scott Disick and Sofia Richie has come to an end. The Lord and his much younger girlfriend are no longer romantically involved.

Disick was notably without Richie at Thursday night's release party for Kanye West's new album, Ye. Instead, the father-of-three was getting very friendly with an unidentified mystery lady, while openly telling anyone within earshot that he and Richie are over.

He and the young woman were flirty and very touchy-feely during at least two of West's songs. According to onlookers, 34-year-old Disick, who has had well-publicized struggles with drugs and alcohol in the past, appeared to be highly inebriated at the event.

Disick attended the album release party in Jackson Hole, Wyoming with a handful of friends and a security detail. He was rarely without a drink in his hand throughout the night, and people in the event overheard him on at least one occasion bragging about being single.

His 19-year-old ex, meanwhile, was thousands of miles away enjoying a sushi dinner at Nobu in Malibu. The two were recently on vacation together, so their split does come as a bit of a shock.

Going Back To His Old Ways

According to several sources close to the former couple, model Richie called things off because Disick hooked up with somebody else.

"He cheated on her, and she confronted him," claims the insider.

One person who definitely won't be sad about the breakup is Richie's father, the legendary soul singer Lionel Richie.

"Lionel hasn't approved of the relationship since the beginning. He joked about it publicly but he was livid," advises the source.

However, the "Hello" singer shouldn't start celebrating just yet as there's a chance Disick and his daughter may make up.

"It's likely not totally over. They've broken up multiple times since they started dating and always ended up back together. No one would be surprised," the insider says.

Although the 19-year-old model always claimed her father was on board, Richie was reportedly very worried his daughter would be a victim of Disick's well-known playboy ways.

A separate source confirmed that was the main reason for the split, explaining that, when The Lord starts drinking, he gets messy and fools around with other women.

However, Disick has taken the split well and reckons he can change Richie's mind, even though the model has moved out of his house and back in to live with her father.

The two first sparked romance rumors in May of last year in Cannes. The model initially denied anything was going on, but just a few months later the two were completely inseparable, even jetting off to Miami and Mexico together where they happily indulged in some PDA for the cameras.

They took lavish trips to Italy and Mexico, and witnesses spotted them frequently on the streets of L.A. and NYC. 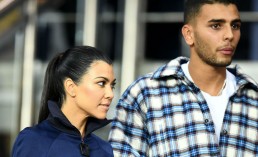 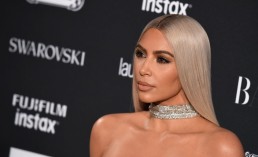