Dancing with the Stars pros Val Chmerkovskiy and Jenna Johnson are engaged. The happy couple shared the happy news on Instagram on Tuesday, June 12.

In one of the photos, Johnson looks completely flabbergasted as her partner gets down on one knee, while in the other one, the couple shares a sweet kiss.

"I can't wait to make you my wife," wrote Chmerkovskiy in his post.

Johnson, meanwhile, went even further for her own post, gushing about how she knew from the minute she met Chmerkovskiy that he was the one for her.

"I knew the moment I met you, you were the man of my dreams and I wanted to be with you forever. ... Cannot believe I get to call you my FIANCé!!!! #engaged," she squealed.

It was just a month ago that Johnson was joking to ET about how her boyfriend should get his act together and pop the question already.

"Time's a-ticking! We'll see ... We both have very big things happening right now, so we'll let that ride over... maybe we'll go to Fiji!" she suggested, during a Facebook Live interview.

Chmerkovskiy later admitted via Twitter that he should definitely put a ring on it sooner rather than later after a fan shared a gif of Johnson in a snazzy red dress.

She's The Only One For Him

The dancing pro has tangoed with his fair share of hot celebs on the Dancing with the Stars floor, but Johnson has been his No. 1 for years now.

He told PEOPLE recently that she changed his life completely, and that she makes him a better person than he could have ever imagined.

Chmerkovskiy also admitted that he gets jealous when his lady hits the floor with other men, but acknowledged that he's in the same position and so he tries to be as fair to Johnson as possible.

The happy couple initially hooked up in 2015. Dating rumors swirled the year after they were spotted getting close backstage.

They only publicly confirmed that they were together in 2017, most notably with a passionate kiss on the season 25 finale of Dancing with the Stars. Chmerkovskiy previously dated model Amber Rose.

The two often share sweet posts on Instagram about their romantic vacations together, with Chmerkovskiy noting that there's no point in fighting against press intrusion when they're so happy and in love. 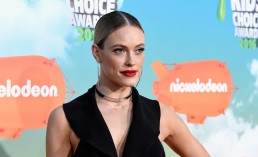 ‘DWTS’ Veteran Peta Murgatroyd Apologizes To Fans For Cutting Show Short: ‘My Legs Were Giving Out’ 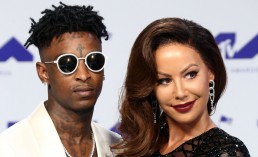 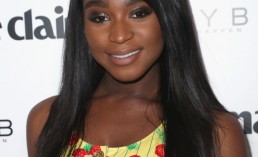